Difference Between Torque and Power

Power defines the rate of work done while torque is the energy that is applied while rotating an object about an axis or pivot point. Torque and power may seem like difficult concepts to understand, but on the contrary, they are interesting, and we apply them in our day-to-day life. Here, in this article let us look at more differences between torque and power.

Torque also known as moment or moment of force is a measure of force that rotates an object about its axis. For example, when you turn the knob of a door, torque is being used. Torque is a vector quantity and has both magnitude and direction. Torque is represented by the symbol τ. The torque is calculated as follows:

The unit of torque is newton- meter represented as N-m or N m.

Power defines the rate at which work is done. The SI unit of power is Watt, named after the Scottish inventor James Watt. By definition, one watt is equal to one joule of work done per second. Power is given by the following equation:

Difference between Torque and Power

The differences between torque and power are given in a tabular column below.

Thus, the difference between torque and power as given in the table. Also, we can conclude that torque and power are closely related yet so different. If you wish to learn more physics concepts with the help of interactive video lessons, download BYJU’S – The Learning App.
See the video below, to understand the work done by torque. 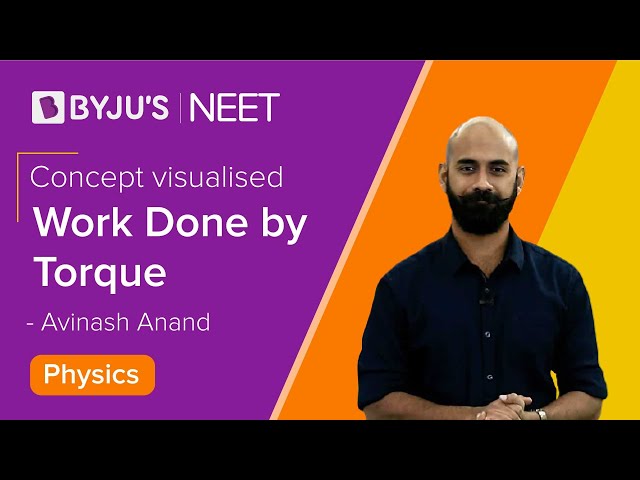 Name the device which is used for measuring torque.

A flat spiral spring is used for measuring torque.

How to measure torque in rotating parts of the machine.

To measure torque in rotating parts of the machine, a dynamometer is used.

Express one horsepower in Watt.

One horsepower is equal to 746 Watt.

Express one horsepower in cc

One horsepower is equal to 17cc.

What is the relation between torque and power?

Test your knowledge on Torque and power differences
Q5