The atom is made up of three particles: electrons, protons and neutrons. The electron is a subatomic particle that carries a negative charge. Electrons are bound to the nucleus of the atom in, what are called, sub-shells. There are free electrons too which are not bound to any atom. Electrons are represented as e or ß. As mentioned earlier, electrons are negatively charged and is measured in Coulomb (the charge of an electron is given as \(1.60 x 10^{-19}C\).

Among the three constituents of an atom, electrons have the lowest mass. The mass of one electron is around 1,800 times lesser than a proton. If calculated, it comes to 9.10938356 × 10-31 kilograms.

Photon is a type elementary particle which has a zero rest mass and moves with a speed of light in the vacuum. A photon is the “quantum of electromagnetic radiation”. In other words, it is the smallest and the fundamental particle of an electromagnetic radiation. A photon has no mass, no electric charge and it is a stable particle.  These particles possess wave-particle duality. It has 2 polarization states. Photos do not obey the Pauli’s Exclusion Principle. Photons are emitted in natural processes. For example, during a nuclear, molecular and atomic transition to a level that is lower, various photons with different levels of energy are emitted ranging from radio waves to gamma rays. They are also emitted when a particle and its antiparticle are annihilated. The energy and momentum of a photon are related by the equation E = pc

where p is the momentum of vector p, This comes from the equation

Photon’s energy and momentum depend on its frequency(v) and wavelength(λ).

Photon also has a quantity called spin angular momentum that does not depend on its frequency.

Light, for example, is an electromagnetic radiation. Photons can be said to be the fundamental particles of light. It can be said that light is carried over space by photons. 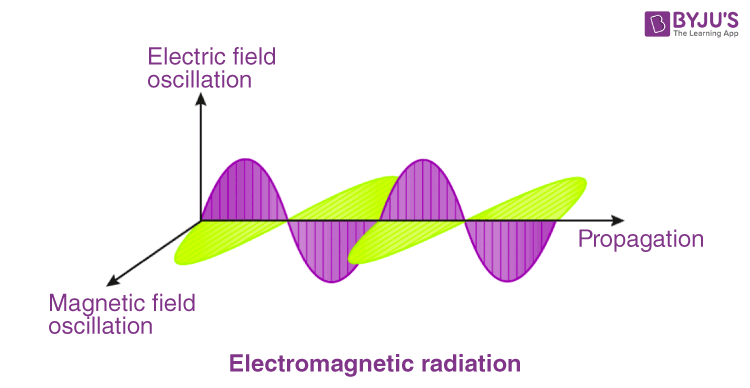 It must be remembered that photons describe the properties of the particles of a wave and not the overall properties of the wave itself. Also , as photon is essentially nothing but energy, it has no mass whatsoever.

Difference Between Photon and Electron

Photons and electrons are both fundamental particles, the former of electromagnetic waves and the latter of atoms. Together, they are can cause the flow of electricity. However, they are different in many aspects:

Test your knowledge on Electrons and photons
Q5