This is mainly because the behaviour of macroscopic objects is practically particle in nature, they do have a wave nature, but it is negligible because of their huge masses. In contrast, on the other hand, the atomic level particles have very little mass, and hence both particle and wave nature is prevalent in them. This dual behaviour of displaying both particle and wave nature is known as the dual behaviour of matter, and for every particle, the particle nature comes from its mass, and the wave nature comes from its matter-wave defined by the De-Broglie relationship, which is given by,

λ = wavelength of the matter

m = mass of the matter

So this led to the birth of quantum physics. It is a branch of science that explains the physical phenomenon by microscopic and atomic approaches and considers the dual behaviour of matter. It is theoretical physics, and it specifies the laws of motion that microscopic objects obey. When quantum mechanics is applied to macroscopic objects (for which wave-like properties are insignificant) the results are the same as those from classical mechanics.

Watch the video to see the standing wave in action. 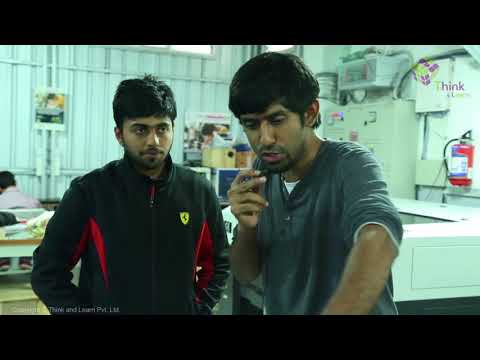 What is meant by dual behaviour of matter?

Dual behaviour of matter indicates that the particle displays both particle as well as wave nature.

What is the formula of De-Broglie relationship?

De-Broglie relationship is given by

Was classical Physics successful in explaining the dual behaviour of a matter?

Classical Physics was not successful in explaining the dual behaviour of a matter.

What is quantum physics?

Quantum physics is the branch of science that explains the physical phenomenon by microscopic and atomic approaches and considers the dual behaviour of matter.

According to quantum physics, what is the formula to calculate the dipole moment potential?

As per quantum physics, dipole moment potential is given by U=-μB=-μzB.
Test your knowledge on Quantum Physics
Q5