Physics, studies systems and objects to measure their temperatures, motions and other physical characteristics. It can be applied to anything from single-celled organisms to mechanical systems to galaxies, stars and planets and the processes that govern them. In physics, thermodynamics is a branch that deals with the relationships between heat energy and other forms of energy. It describes how thermal energy is converted into other forms of energy and how it affects matter.

An isothermal process is a thermodynamic process in which the temperature of a system remains constant. The transfer of heat into or out of the system happens so slowly that thermal equilibrium is maintained. At a particular constant temperature, the change of a substance, object or system is known as Isothermal Process. Usually, there are two phenomena under which this process can take place. If a system is in contact with a thermal reservoir from outside, then, to maintain thermal equilibrium, the system slowly adjusts itself with the temperature of the reservoir through heat exchange. In contrast, in another phenomenon, no heat transfer occurs between a system and its surrounding. In this process, the temperature of the system is changed in order to keep the heat constant. This process is known as Adiabatic Process.

Difference Between Isothermal and Adiabatic Process

What is Boyle’s Law?

In an isothermal condition, for an ideal gas, the product of Pressure and Volume (PV) is constant. This is known as Boyle’s law. Physicist and chemist Robert Boyle published this law in 1662. Boyle’s law is often termed as Boyle–Mariotte law, or Mariotte’s law because French physicist Edme Mariotte independently discovered the same law in 1679.

The absolute pressure exerted by an object of an ideal gas is inversely proportional to the volume it occupies if the temperature and amount of gas remain unchanged within a closed system.

There are a couple of ways in which the above-stated law can be expressed. The most basic way is given as follows:

where P is the pressure, V is the volume and k is a constant.

The law can also be used to find the volume and pressure of a system when the temperature is held constant in a system as follows:

The way people breathe and exhale air out of the lungs can be explained by Boyle’s Law. When the diaphragm contracts and expands, lung volume decreases and increases respectively, changing the air pressure inside them. The pressure difference between the interior of the lungs and the external air produces either inhalation or exhalation. 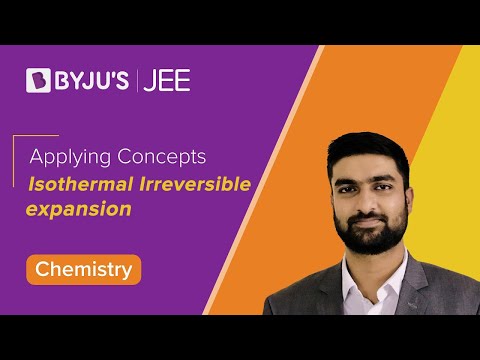 When scientists study isothermal processes in systems, they examine heat and energy and their relation and also the mechanical energy it takes to change or maintain the temperature of a system. Such understanding helps biologists study the regulation of temperature in living organisms. It also comes into play in planetary science, space science, engineering, geology, and many other branches of science.