Reflection On A Plane Mirror

When the light ray falling from the object on the surface bounces back are known as reflected rays and this phenomenon is known as a reflection of light.

What are Laws of Reflection?

The laws of reflection are divided into two main points and they are: 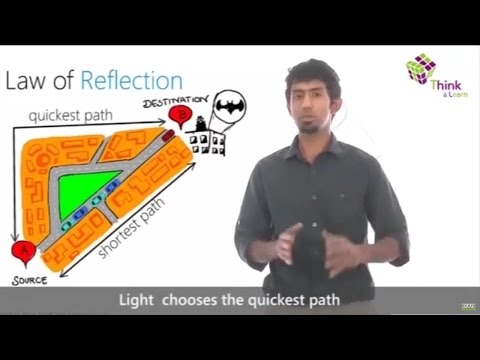 What is Reflection on a Plane Mirror?

When the light rays which gets stroked on the flat mirror and gets reflected back. According to laws of reflection, the angle of reflection is equal to the angle of incidence. The image is obtained behind the plane which is present in the mirror. This process of obtaining a mirror image which virtual and erect is known as a reflection on a plane mirror.

Following are the characteristics of image formed by plane mirror:

Following are the three types of reflection of light:

Image Formed by the Plane Mirror

Below is the image formed by the plane mirror

Huygens Principle and Law of  Refraction 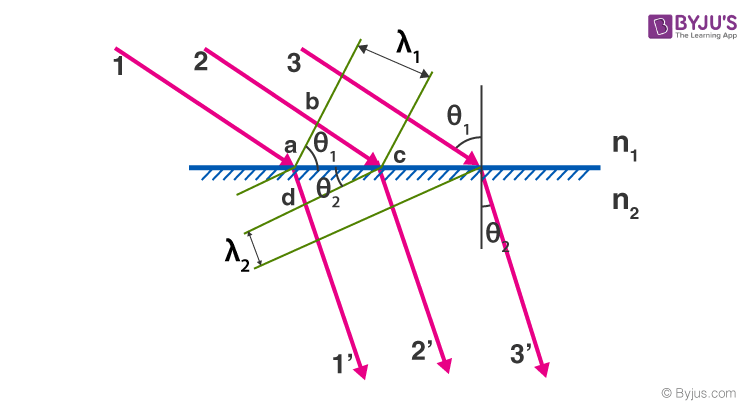 Refraction of a wavefront
Consider the light rays 1, 2, and 3 shown by solid lines refracted to rays 1’, 2 and 3’ respectively. The wavefronts which are perpendicular to these light rays are shown by the thin lines. Consider the wavefronts to be one wavelength apart in their respective media where refractive indices n1 < n2.  The incident angle is θ1 and the refracted angle is θ2.  Consider the wavefront at c, the front is bent in the new medium because the speed of light is slower. However, since the frequency of the waves is a constant, the wavelengths change across media to accommodate the change in speed.

Also, from figure the side ac is common to the triangles abc and adc,

But the line segments ac and ad represent the wavelengths in their respective media,

Where c is the speed of light in vacuum.

Thus, the Huygens principle can be used to prove the law of refraction. A similar exercise can be conducted for n1 > n2.

Test Your Knowledge On Reflection On A Plane Mirror!
Q5