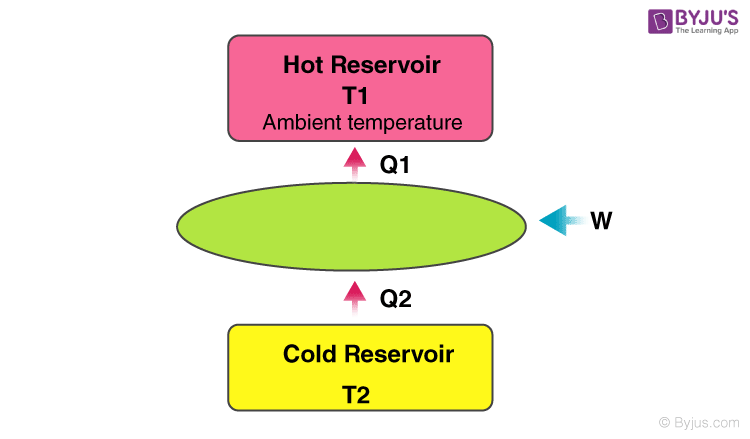 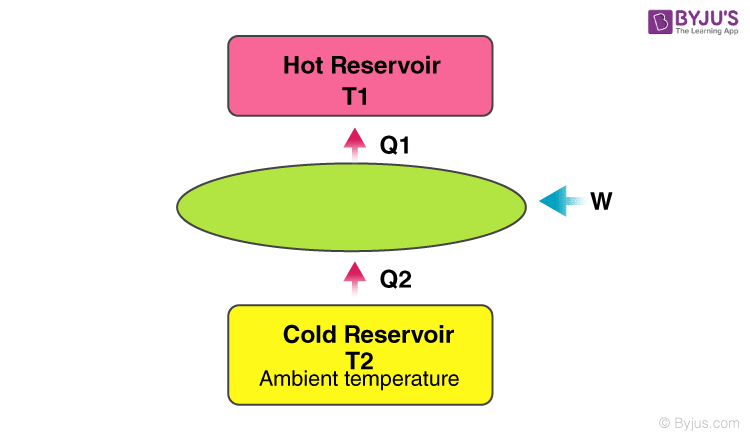 A heat pump is a mechanical compression cycle that can be reversed to either heat or cool a controlled space.

A typical heat pump consists of two parts: an indoor unit called an air handler and an outdoor unit similar to an air output unit. A compressor circulates a refrigerant that absorbs and releases heat as it travels between these two units. Here, the working fluid or the refrigerant (in its gaseous state) is pressurized by a compressor and circulated through the system. The process of compression makes the fluid hotter. The hot and pressurized vapor, on the discharge side of the compressor, is cooled in a heat exchanger called a condenser, until it condenses into a high pressure, moderate temperature liquid. The pressure of the condensed fluid is reduced using a pressure-lowering device such as a capillary tube or an expansion valve. The temperature of the low-pressure liquid is increased in a heat exchanger after which the refrigerant is made to return to the compressor and the cycle is repeated.

To learn more about refrigerator and heat pump and other related topics, download BYJU’S – The Learning App.

What is a heat pump?

A heat pump is a mechanical device that transmits thermal energy between regions, generally between closed regions and outdoors. When it is used to warm a building, the energy is transmitted from the outside into the structure.

What are the applications of a heat pump?

What is the function of a heat pump in heat recovery?

A heat pump is used to recover process heat from other reactions.

What is a refrigerator?

A refrigerator is a physical device that makes use of mechanical work to transmit heat from a cold area to a hot area.

What are the applications of a refrigerator?