What is Electrical Resistivity?

Electrical resistivity is the reciprocal of electrical conductivity. It is the measure of the ability of a material to oppose the flow of current.

The table below lists the electrical resistivity of several conductors, semiconductors, and insulators. 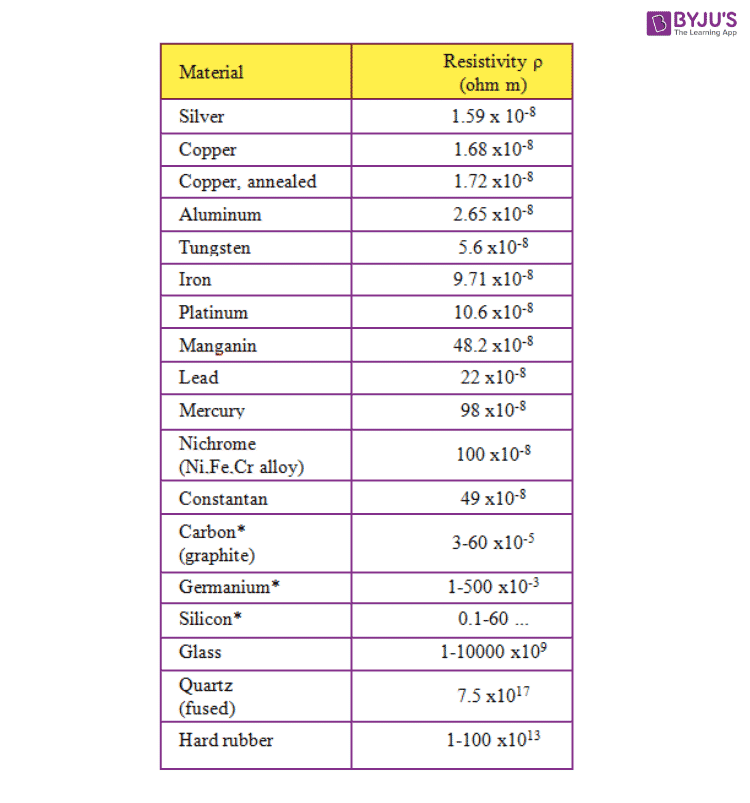 Materials having electric field and current density will have the following resistivity formula:

Conductors with a uniform cross-section and uniform flow of electric current will have the following resistivity formula:

Following is the unit of resistivity:

Following are the factors that determine the resistivity of materials: 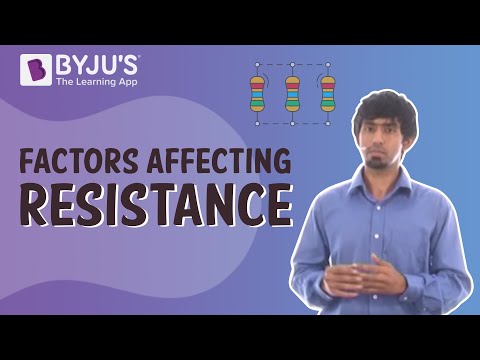 Resistors are used in electrical circuits to control or reduce the flow of current in the circuit. Their resistance is indicated by using electronic color codes. Different color bands or rings are marked on these resistors for different values of resistance.

Highlights of the resistor color-coding are as follows:

The table below lists various color codes and their values in terms of significant figures, multiplier, and tolerance. Let us take an example to understand resistor color coding.