A rheostat is defined as

A variable resistor which is used for controlling the flow of electric current either by increasing or decreasing the resistance.

The term rheostat was coined by the English scientist Sir Charles Wheatstone and is derived from the Greek word “rheos” and “statis” which means current controlling device.

There are two rheostat symbols that are available, and they are the American standard and the international standard. The American standard symbol is represented with three terminals and zigzag lines while the international standard symbol is represented with a rectangular box with three terminals.

There are three main parameters of any electrical circuit, and they are:

For any given rheostat, we can change its resistance. We know that resistance is dependent on three factors: 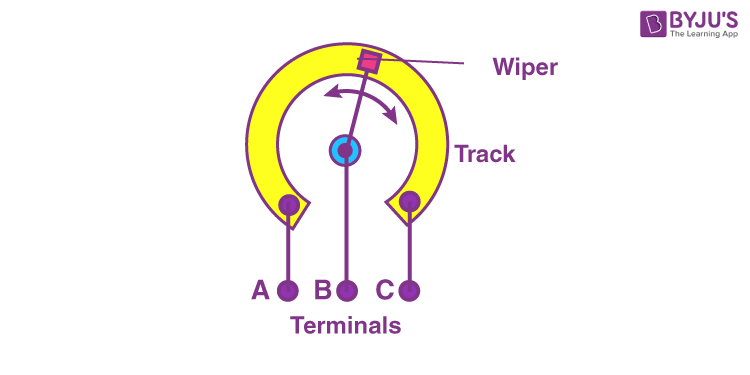 The resistance of the rheostat is dependent on the length of the resistive path. 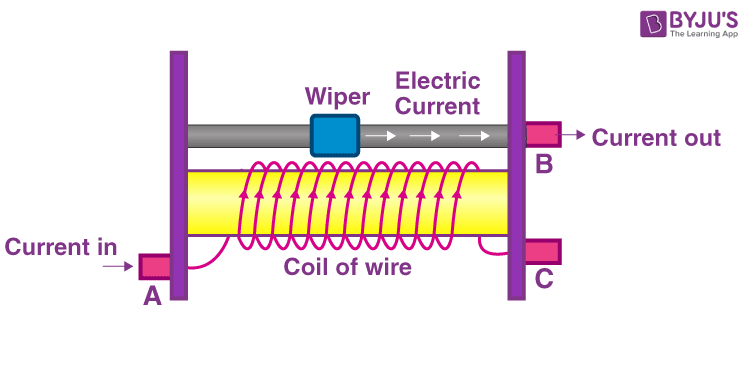 There are three types of rheostats and they are:

These are the rheostat types that includes a linear resistive lane such that the sliding terminal can be moved smoothly over the lane. There are two permanent terminals in which one of them is connected to the slider. The linear rheostat is also known as a cylindrical rheostat as its resistive element has a cylindrical view. These rheostats find applications in laboratories in research and teaching.

These are the rheostat types that are used in the printed circuit board, and they are known as either trimmers or preset rheostat. They are commonly used in calibration circuits and are small.

Difference between Rheostat and Potentiometer

Why is rheostat connected in series?

A rheostat is connected in series because the current flows through the path where the resistance is minimum.

Which wire is used in rheostat?

The wire used in rheostat is Constantan. It is a copper-nickel alloy that is similar to manganin. It has a very low temperature coefficient of resistance, making its resistivity constant over a wide range of temperature.

What is the difference between rheostat and resistance?

The difference between rheostat and resistance is that the rheostat is an electrical resistor with two terminals while the resistance is a parameter that can be varied continuously by moving the knob.

Why does rheostat have three terminals?

The rheostat has three terminals as it is used as a potential divider, and it is used for eliminating the possibility of the open circuit due to the wiper movement.

How to test a rheostat?

A rheostat is tested by measuring the resistance between any two fixed and variable points. The change in the resistance and the movement of the wiper from maximum to minimum should be proportional to each other. The value thus obtained should be similar to the rated value.