When the pressure builds up in the earth’s crust, eruptions occur. Gasses and rock shoots up through the opening and spill over or fill the air with lava fragments. The volcano eruption can cause lateral blasts, hot ash and lava flow, mud-slides, and more. 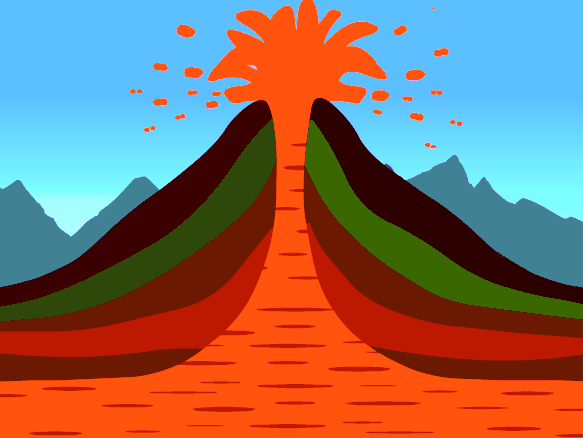 An active volcano is one which is recently erupted and there is a possibility that it may erupt soon.

A dormant volcano is one that has not erupted in a long time but there is a possibility it can erupt in the future.

An extinct volcano is one which has erupted thousands of years ago and there’s no possibility of an eruption.

Volcanoes are grouped into four types:

Cinder cones are circular or oval cones made up of small fragments of lava from a single vent that have been blown up. Cinder cones result from eruptions of mostly small pieces of scoria and pyroclastics that build up around the vent. 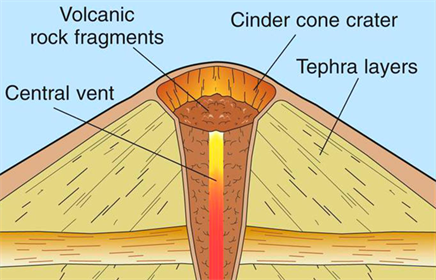 Most cinder cones erupt only once. Cinder cones may form as flank vents on larger volcanoes, or occur on their own.

Composite volcanoes are steep-sided volcanoes composed of many layers of volcanic rocks, usually made from high-viscosity lava, ash and rock debris. These types of volcanoes are tall conical mountains composed of lava flows and other ejecta in alternate layers, the strata that give rise to the name. 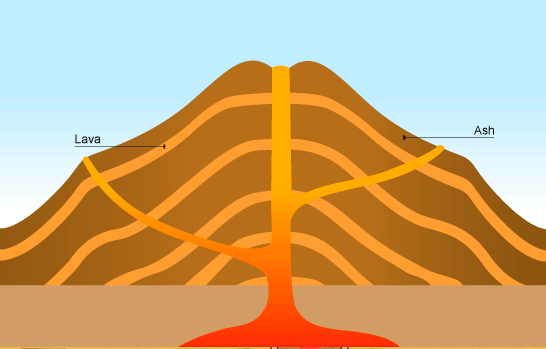 Composite volcanoes are made of cinders, ash, and lava. Cinders and ash pile on top of each other, lava flows on top of the ash, where it cools and hardens, and then the process repeats.

Shield volcanoes are volcanoes shaped like a bowl or shield in the middle with long gentle slopes made by basaltic lava flows. These are formed by the eruption of low-viscosity lava that can flow a great distance from a vent. 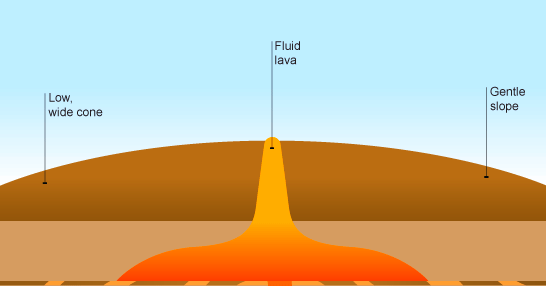 They generally do not explode catastrophically. Since low-viscosity magma is typically low in silica, shield volcanoes are more common in oceanic than continental settings. The Hawaiian volcanic chain is a series of shield cones, and they are common in Iceland, as well.

Lava domes are formed when erupting lava is too thick to flow and makes a steep-sided mound as the lava piles up near the volcanic vent. They are built by slow eruptions of highly viscous lava. 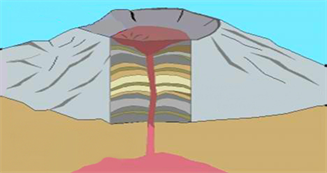 They are sometimes formed within the crater of a previous volcanic eruption. Like a composite volcano, they can produce violent, explosive eruptions, but their lava generally does not flow far from the originating vent. 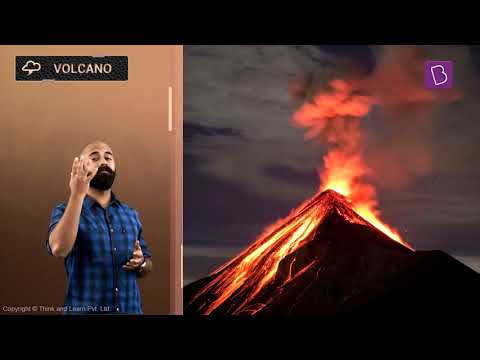 Where are the most active volcanoes?

What are volcanic rocks?

What is the relationship between volcanoes and geysers?

The relationship between volcanoes and geysers is that both of them are dependent on the strong heat source which is present in the underground. The mechanism of a geyser is based on the surface phenomenon. When the groundwater beneath the shallow surface gets heated up, the surface explodes resulting in the boiling and steaming of the water. These surfaces get refilled again and the cycle continues. The difference between geysers and volcanoes is that geysers usually occur in volcanic regions while volcanoes don’t have geysers around them.

How volcanoes are formed?

When the magma from the earth’s upper mantle erupts upwards, volcanoes are formed. When the volcano erupts there is a formation of lava and ashes. The lava flows down depositing the ashes. This cycle continues making the site bigger and bigger.

What is plate tectonics?

Plate tectonics describes the way in which the continents drift from one another and form a new place. When the plates move, they collide with each other and grind each other. The tectonic movement is related to the earth’s crust and upper mantle. Earthquakes are the result of tectonic movements.

Test your Knowledge on Types of volcanoes
Q5