The term “vector quantities” refers to physical quantities whose magnitude and direction are well specified. Vectors are represented by an arrow placed over the denotations that represent them. Example: A vehicle’s acceleration must be mentioned together with its magnitude and direction. So the acceleration of a car is a vector quantity. The three-dimensional coordinate system makes it simple to express vectors. In this article, we’ll talk about an idea called the unit vector.

What is Unit Vector?

A vector is said to be a unit vector with a unit magnitude. Another name for a unit vector is a direction vector. It is represented by a lowercase letter with the symbol of the cap (^). Unit vectors can be used to represent a vector in space. By dividing any vector by its magnitude, any vector may be converted into a unit vector: 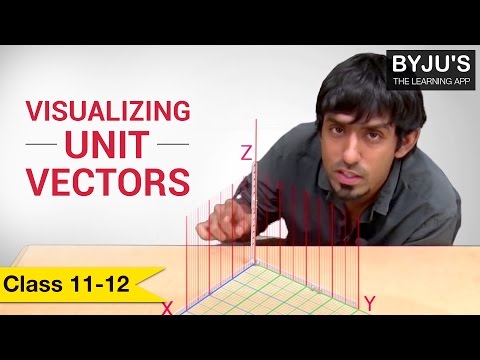 According to the above illustration, the vector p can be resolved along the three axes. A parallel pipe with the edges OA, OB, and OC lying along the three perpendicular axes is built using OM as the diagonal. 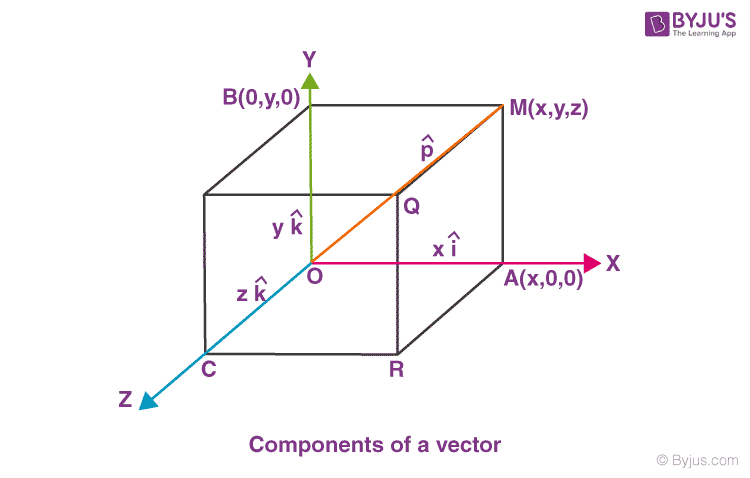 The vector vector p can be represented as

This is known as a vector’s component form. This denotes the position of the provided vectors in relation to the three co-ordinate axes.

What is the definition of a polar vector?

Vectors such as displacement, velocity, acceleration, force etc., in which only linear action in a particular direction is involved and hence does not depend on the frame of reference are called polar vectors.

Calculate the unit magnitude of the unit vector.

Magnitude of a unit vector = 1 (Unity)

Calculate the unit of the zero vector.

When can the two vectors be said to be equal?

Two vectors are said to be equal when they have the same magnitude and are parallel to each other.

When a vector is multiplied by a positive number, what happens to its direction?

When a positive number is multiplied, the vector’s direction remains unchanged.