What Is Zero Gravity?

Have you ever gone bungee jumping or cliff diving? Roller coaster? Drop tower ride where you are just free-falling for a while? Doesn’t it seem as if you are weightless for a while? Your weight is defined as long as you have something supporting you to realize this weight. You feel the experience of weightlessness when there is no supporting force acting on your body.

Zero gravity is another term referring to the phenomenon of weightlessness. Bodies in free fall and those in orbit experience this. For example, people aboard the International Space Station (one of the man-made satellites in orbit around the earth) all experience zero gravity when they are on board. They are still under the earth’s sphere of influence and therefore gravity.

For example, we know that the earth orbits the sun because of the gravitational pull of the sun, the moon is held in its orbit around the earth, because of the earth’s gravity. And yet when astronauts are in space, they have experienced weightlessness and go on spacewalks and such. NASA refers to this phenomenon as “microgravity”. There is gravity everywhere, but its influence is so small that it can be regarded as negligible.

Still don’t get the difference between zero gravity and microgravity?

Let me put it this way. There’s a weighing scale at the edge of a diving board near a swimming pool. You go and stand on it. Let’s say it reads 50 kgs. Your friend comes along behind you and shoves you along with the weighing scale into the pool. For those few seconds when you’re screaming and falling, although technically you are still on the scale, the scale reads zero! Since you are in free fall, you and the scale are both experiencing weightlessness!

The correct term is weightlessness. Zero gravity and Microgravity are misnomers so to say. Learn an interesting concept with the video modules using BYJU’S – The Learning App.

However large or small, everything falls because of gravity. But somehow the moon seems to be unaffected. Have you wondered why? 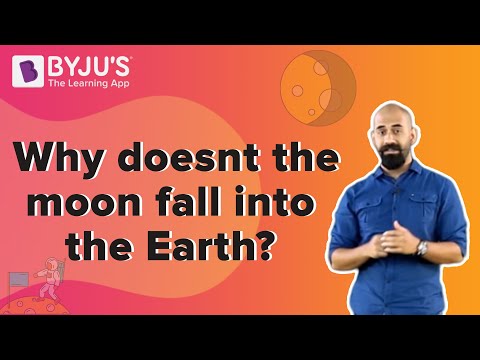 Test Your Knowledge On What Is Zero Gravity!
Q5