What is an alkyl group?

Alkyl group is formed by removing a hydrogen atom from the molecule of alkane. Alkanes are quite often represented as R-H and here R stands for alkyl group.

A cycloalkyl is derived from a cycloalkane by removal of a hydrogen atom from a ring. The general formula of cycloalkyl is CnH2n-1.

An alkyl group is named by replacing the suffix “ane” of the alkane with the suffix – “yl”.

Alkyl group is formed by removing a hydrogen atom from the molecules of alkane. It may be noted that an alkane molecule can lead to more than one alkyl group depending upon the nature of the carbon atoms from which hydrogen is to be removed. For example,

(1) In ethane (C2H6), both the carbon atoms are primary so only one alkyl group can be formed.

(2) In Propane (C3H8), there are two types of carbon atoms present therefore, two different alkyl groups can be formed.

(3) n-Butane has also two types of carbon atoms that give two alkyl groups.

(4) Iso-Butane has primary and tertiary carbon so it gives the following alkyl groups.

Alkyl groups are attached to other atoms or groups of atoms. Free alkyls occur as neutral compounds, as anions, or as cations. Such species are usually encountered only as transient intermediates, but some are quite stable.

In the alkyl carbocation the carbon atom contains six electrons in the valence shell to form a positively charged species. Depending upon the nature of carbon atoms these are classified into three types primary, secondary and tertiary carbocation. 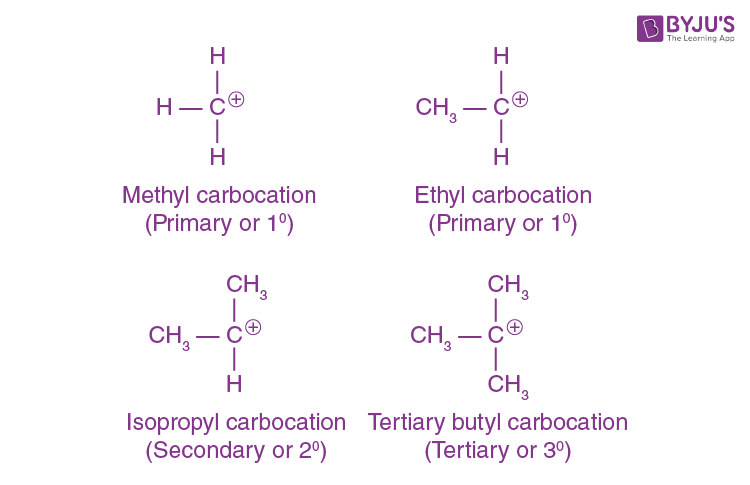 In the alkyl anion or carbanion, the carbon atom containing eight electrons in the valence shell form a negatively charged species. These are

What do you mean by alkyl?

What is the formula of an alkyl group?

The formula of the alkyl group is CnH2n+1.

What is the formula of the methyl group?

The formula of methyl group is CH3–

What is an alkane formula?

The formula of alkane is CnH2n+2

What is alkyl free radical?

In the alkyl free radical carbon contains seven electrons in the valence shell. It is a neutral electron deficiency species.