Full-cream, toned, and double-toned versions of milk are now available in the market, either in polypacks or tetra packs. Different quantities of fats are present in these milk variants.Solid particles in a liquid can sometimes be quite tiny and pass through a filter paper. The filtration technique cannot be utilised to separate such particles. Such mixtures are separated by centrifugation.

Q-2: Give an overview of the centrifugation principle.

The centrifugation technique works on the premise of separating particles suspended in liquid media using a centrifugal field. In the centrifuge, these are arranged in tubes or bottles in a rotor. The basic principle involved is: When particles are spun quickly, the denser particles are driven to the bottom, while the lighter ones remain at the top.

Q-3: Centrifugation is not employed in which of the following processes?

Answer: d) Different pigments from an extract of flower petals

Explanation: Chromatography is used to separate distinct pigments from a floral extract in a fine manner.

Q-4: Centrifugation based on which of the following law?

Explanation: Centrifugation is a basic laboratory procedure that is utilised by a wide spectrum of clinical and research specialists. Essentially, centrifugation is the sedimentation-based separation of particles.

Q-5: What is density gradient centrifugation used for?

a) Purification of viruses, ribosomes, and membranes

b) To remove small particles

d). To get rid of big particles

Answer: a) Purification of viruses, ribosomes, and membranes

Explanation: Purification of viruses, membranes, and ribosomes is accomplished via density gradient centrifugation.In ultracentrifuges, a sucrose density gradient is made by gently overlaying lower concentrations of sucrose above higher concentrations in centrifuge tubes with particles of interest on top. The particles progress through the gradient until they reach the same sucrose density, at which point they are separated and examined.

Q-6: What is differential centrifugation and how does it work?

It is the most often used type of centrifugation.At 32 degrees, tissue such as the liver is homogenised in a sucrose solution including buffer.The homogenate is then placed in a centrifuge and spun at a consistent temperature and centrifugal force.

Q-7: Why are the fractions separated classified as “enriched” rather than “pure” from differential centrifugation?

Answer: This is because sedimentation takes place along the entire length of the centrifuge tube. When the tube is spun, the particles are subjected to centrifugal forces, which lead them to settle. Although heavier particles settle more quickly, those near the tube’s top have a significantly longer journey than those towards the bottom. By the time all of the heavier particles have settled, some of the lighter particles near the tube’s bottom or middle have settled as well. As a result, pure subcellular particle fractions cannot be obtained by simple differential centrifugation. Density gradient centrifugation can be used to further purify the sample.

Q-8: The most widely used method for EVs isolation is

Explanation: Differential centrifugation can segregate vesicle particles based on their size and density by successively increasing the centrifugal force.This approach is frequently used to isolate EVs from a variety of biological materials and is regarded as the gold standard.

Q-9: Which process is widely used in the dairy industry?

Q-10: What is the purpose of a centrifugal pump?

Answer: Centrifugal pumps are hydraulically powered machines that use centrifugal forces to convey energy to fluids (particularly liquids). Their primary function is to move fluids by increasing pressure.

Q-11: In centrifugation, which of the following force is not used?

Answer: There are many factors that affect the centrifugation process and are listed below:

This instrument’s operator can precisely manage the speed and temperature required for sensitive biological samples.

For high-speed centrifugation, three types of rotors are available:

Answer: A density gradient is a variation in density over space. The term is used in natural sciences to describe stuff with varied densities.

Q-1: Centrifugation does not separate particles from the solution based on their size. Indicate whether the statement is correct or incorrect.

Q-2: Which of the following is used to separate cellular components, RNA/DNA, and peptides from biological samples?

Q-3: Sedimentation principle is involved in

Q-4: List the name of four main types of centrifugation. 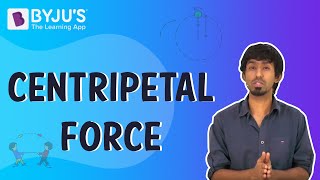