The ease with which an atom adds an electron to create an anion is measured by electron affinity. The process of adding an electron to an atom can be either endothermic or exothermic, depending on the element. When an electron is added to an atom, energy is dissipated, and the electron affinity is negative for many elements. Group 17 elements (halogens) have exceptionally high negative electron gain enthalpies because they can achieve stable noble gas electronic configurations by taking up an electron.

Q-1: The process requires absorption of energy is

Explanation: Addition of an electron to an isolated gaseous atom always releases energy,but adding electrons to an anion requires energy due to interelectronic repulsions.

Q-2: Which of the following elements will possess the highest electron affinity?

In general, when the atomic number increases over time, electron affinity becomes more negative. Over time, the effective nuclear charge increases from left to right, making it easier to add an electron to a smaller atom because the additional electron will be closer to the positively charged nucleus on average. We should expect electron affinity to become less negative as we travel down a group because the size of the atom rises and the new electron is farther from the nucleus, This is often the case.

The electron affinity of O, on the other hand, is less negative than that of the following element. This is due to the fact that when an electron is added to O,the new electron is repelled by the other electrons in the n = 2 quantum level, which is smaller. The extra electron occupies a bigger patch of space in the n = 3 quantum level (S or Cl), and the electron-electron repulsion is significantly weaker.

Answer: b) Direct proportion to the effective nuclear charge

The charge on the nucleus(zeff) increases as the number of protons increases as a result the addition of electrons to the valence shell of an atom becomes easy with release of more energy. This shows that electron gain enthalpy rises with increasing nuclear charge.

Q-4: Electronegativity(EN) of an element X is E1 and ionisation potential(IP) is E2. Hence EA will be

Explanation: Electronegativity(EN) is the tendency of an atom in a bonded system to attract the electron pairs towards itself.

We measure electronegativity on several scales such as Pauling scale , Mulliken -Jaffe scale and Allred-Rochow scale.

On the mulliken scale, electronegativity of an atom is the average sum of I.P and E.A of an atom.

Q-5: Which of the following electron gain enthalpies is the most negative and which is the least negative? P, S, Cl, and F. Explain your response.

Q-6: Which condition is not favourable for the formation of ionic compound A+B–?

Explanation: One atom must lose one or more electrons to produce a cation during the creation of an ionic bond. In general, elements with low ionisation energy have a better likelihood of forming a cation, which means they are more likely to create ionic bonds.

The value of the lattice energy of an ionic compound corresponds to the strength of the ionic bonding.

More the lattice energy, the more is the strength of the ionic bond.

Q-7: How does the tendency to gain electrons alter as we move down the periodic table? Why is it changing in this manner?

Answer: Due to the addition of a shell at each step, the potential to gain electrons reduces.As the size of the atom grows larger, the nucleus has a harder time attracting the incoming electron.

Q-8: What is a period in the periodic table? In which part of a period would you expect the elements to have (i) the greatest non-metallic character (ii) the largest electron gain enthalpy ?

Periods are referred to as the horizontal rows in the periodic table.

i) The ability of an atom to accept electrons determines its nonmetallic character. We know that elements on the right of the periodic table have a higher tendency to gain electrons, therefore non-metallic character will be more prevalent.

ii) Electron gain enthalpy will be more towards the right side of the periodic table.

Q-9: Name the element with the characteristic stated below for each of the following triads:

a) In case of non metals, chemical reactivity is defined in terms of the potential of an element to gain electrons. It decreases as one moves down the group. Among F,Cl and Br, F is more reactive and Br is least electronegative.

b) The chemical reactivity of metals is their tendency to lose electrons. Ca is more reactive and is also less electronegative.

Q-10: Which of the following is incorrect?

The potential to attract electrons of bonded atoms is electronegativity which usually increases with increase in atomic number or we can say effective nuclear charge.

Q-11: (a) What’s the main difference between the electronic configurations of group 15 and group 16 elements?

(b) On the basis of electronic configuration, compare the chemical reactivity of the elements.

Note: The elements that have half filled or fully filled configuration, do not easily lose or gain electrons.

The incorrect statement is

Answer: b) Increasing order of size

Explanation: Ionic radius is the distance between an ion’s nucleus and the electron cloud where it exerts effect. Anions have more ionic size as compared to cations and neutral atoms.

More is the negative charge, more is the ionic size

More is the positive charge , less is the ionic size.

The correct order would be

Q-13: Second and successive electron affinity of an atom

Answer: a) is always positive.

If we try to add another electron after the first one, the incoming electron will be repelled by the electrons in the valence shells. As a result, we must offer some energy. As a result, an element’s second electron affinity is endothermic. (takes in energy)

Q-14: Why do noble gases have a positive value of electron affinity?

Answer: Noble gases have orbitals that are totally filled and cannot accept any additional electrons. The electron affinities are typically positive as a result of this.

Q-15: Who was the first to discover electron affinity?

Answer: Electron Affinity was discovered in 1901 as a result of Linus Carl Pauling’s discovery of electron negativity.

Q-2: Ionisation energy of element X(g) is I and electron affinity of X+(g) is E, then

Q-3: Which of the following is incorrect?

Q-4: Explain the periodic trend of electron affinity in the modern periodic table.

Q-5: How electron affinity is related to the oxidising power of an element? 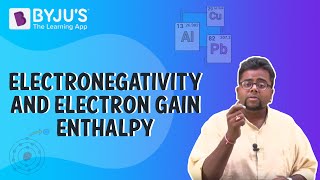 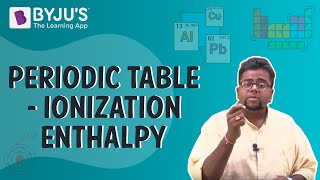