Electronic Configuration Of Elements And Stability Of Orbitals

For example, 3p2 means that the p sub-shell in the 3rd main shell contains 2 electrons.

In order to fetch full electronic configuration of an atom, these notations are written one after the other in the increasing order of the orbital’s energy. The filling of electrons in orbitals always starts from the orbital having the lowest energy with the electrons occupying the lower energy orbitals first.

Electronic configuration of few elements is given below: 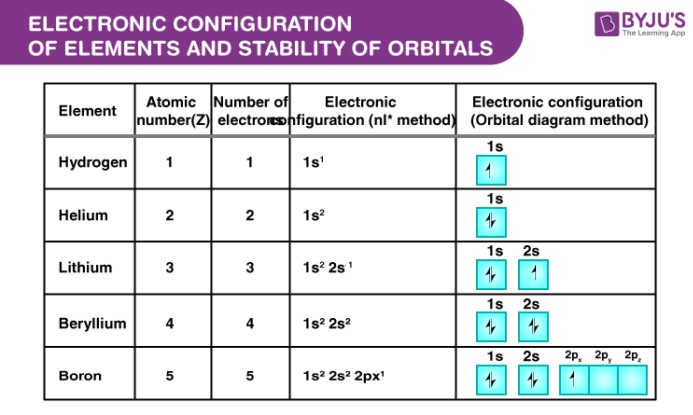 Almost all the elements follow the same trend for writing electronic configuration. Sometimes when two sub-shells differ in the energies, an electron from the lower energy moves to higher energy.

This is because of two reasons: