Gases have a lower density and are highly compressible as compared to solids and liquids. They exert an equal amount of pressure in all directions. The space between gas particles is a lot, and they have high kinetic energy. The intermolecular forces between these gas particles are negligible.

These particles move at high speeds in all directions and hit each other, thus causing the gas to spread evenly throughout the container they are kept in. This also causes them to exert pressure on the walls of the container.

So, gases take the volume and shape of the container.

Q1. Which of the following gases is used in refrigeration and in fire extinguishers?

Q2. What is the name of the gas used in high-speed photography?

Q3. Which of the following gases is used in the production of chloroform?

Q4. What is the name of the gas that is abundant on Earth in both combined and free form with other elements?

Q5. Which of the following gases is used in the production of vanaspati ghee, alcohol, and ammonia?

The confining gas exerts uniform pressure on the container’s walls in all directions.

Answer. True. The confining gas exerts uniform pressure on the container’s walls in all directions.

Q7. What’s the connection between a gas particle’s mass and the rate at which it diffuses through another gas?

Answer. The larger the particle is, the slower it diffuses.

For a given kinetic energy or temperature, a heavy particle has a lower velocity. A large particle interacts more with its surroundings, slowing it down. As a result, heavy particles diffuse more slowly than light or small particles.

Q10. What do you understand by an Ideal gas?

Answer. Ideal gases are also known as perfect gas. It establishes a relationship among the four different gas variables such as pressure (P), Volume(V), Temperature(T) and amount of gas (n). Mathematically, the ideal gas law can be stated as-

Q11. Discuss the postulates of the Kinetic theory of gases.

1.) Gas molecules are small and very far apart. The majority of a gas’s volume is empty space.

2.) Gas molecules are constantly moving at random. There are just as many molecules moving in one direction as there are in the other.

3.) Molecules can collide with one another and with the container’s walls. Collisions with the walls determine the pressure of the gas.

4.) When molecules collide, they lose no kinetic energy; thus, the collisions are said to be perfectly elastic. Unless there is some outside interference, all the molecules’ total kinetic energy remains constant.

5.) Except during the collision process, the molecules have no attractive or repulsive forces on one another. They move in straight lines between collisions.

Q12. Give the difference between solids, liquids and gases.

Answer. The primary distinction between solids, liquids, and gases is:

Q13. Gases cannot be liquefied unless their temperature is brought down to or below their critical temperature. Justify or rectify.

Answer. This statement is correct. At or below the critical temperature, a gas can be liquefied by applying more pressure alone. P= (RT/V-b) – (a/V2) is the Van der Walls equation for one-mole gas.

At very high temperatures, the second term in comparison and V>>b can be ignored, and the equation becomes equal to the ideal gas equation.

Q14. What are greenhouse gases? What are its causes and effect on the environment?

Answer. Greenhouse gases are gases that absorb infrared radiation and thus cause the greenhouse effect. Carbon dioxide, methane, and chlorofluorocarbons are examples.”

The following are the primary causes of the greenhouse effect:

The primary consequences of increased greenhouse gas emissions are

Q15. If the temperature is kept constant, how can we increase the pressure of a gas?

There are three ways to increase the pressure of a gas-

Q2. Which of the gases is a neutral gas?

Q3. In the lab, an unknown gas is being examined. 1g of this gas is placed in a 27°C container. The pressure and volume of the gas are 1.54 atm and 0.5 L, respectively. What is the name of the gas? Assume that the gas behaves ideally/perfectly.

Q4. A sample of argon gas has a volume of 563 mL at a pressure of 0.959 atm and a temperature of 27.5°C. What is the final volume of a gas sample if it is compressed at constant temperature until its pressure reaches 1.40 atm?

Q5. Given the ideal gas law, consider the following:

Which of the following statements about the Ideal Gas Law is correct?

I. Pressure and volume have an inverse relationship.

II. Pressure and density have an inverse relationship.

III. Pressure and temperature have a direct relationship. 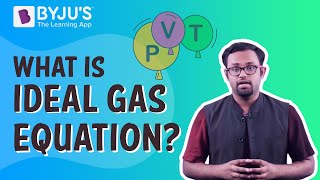 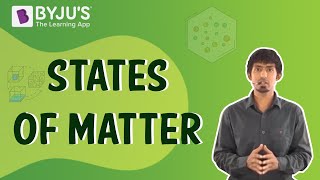