The boiling point of a liquid is the temperature at which its vapour pressure equals the atmospheric pressure of its surroundings. The liquid transforms into a vapour at this temperature.

Q1: What is the melting point of mercury?

Q2: Select the correct statement from the following options.

Answer: a) The transformation of solid to liquid is called melting and the reverse process is called freezing

Q3: Select the incorrect statement from the following option.

b) Impure sample of substance has different melting point

Explanation: The temperature remains constant while the solid and liquid phases are in equilibrium. There is no temperature change since the heat is absorbed when changing states.

a) Energy required to melt one gram of solid

b) Energy required to melt one mole of solid

c) Energy required to melt one kilogram of solid

Answer: b) Energy required to melt one mole of solid

Q6: The temperature remains constant during phase change because the increased kinetic energy is used to overcome the cohesive forces in the liquid.

Explanation: Because the increased kinetic energy is used to overcome the cohesive forces in the liquid, the temperature remains constant throughout phase shift. There is no temperature change since the heat is absorbed when changing states.

Q7: Why does ice have a sharp melting point but glass melts over a range of temperatures?

The melting point can be determined in various ways, each corresponding to a particular quantity of solid fat remaining.

The slip melting point is measured at the temperature at which a column of fat moves in an open capillary when heated, comparable to the capillary tube method.

(a) A solid’s melting point or a liquid’s boiling point indicate the intensity of the attraction forces between its particles.

(b) The melting or boiling point of a substance is a test of purity, as very pure substances have set shapes, melting and boiling points.

Q10: Why is liquid paraffin used in determination of boiling point?

Q11: Covalent compounds have low melting and boiling point. Why?

Q12: What is Latent Heat of Fusion?

The amount of energy that must be supplied to a solid substance (usually in the form of heat) in order to cause a change in its physical state and convert it into a liquid is known as latent heat of fusion (when the pressure of the environment is kept constant).

For example, the latent heat of fusion of one kilogram of water is 333.55 kilojoules, which is the amount of heat energy required to transform one kilogram of ice without affecting the environment’s temperature (which is held at zero degrees Celsius).

The energy necessary to accommodate any increase in the volume of a substance following a change in its physical state is accounted for by its latent heat of fusion. The melting point of a substance is the temperature at which it transitions from one phase to another. When considering the heat of solidification, this temperature point can also be referred to as the substance’s freezing point.

Q13: At its melting point ice is lighter than water because

(A) H2O molecules are more closely packed in solid state

(B) Ice crystals have hollow hexagonal arrangement of H2O molecules

(C) On melting of ice the H2O molecule shrinks in size

H2O molecules are arranged in a hollow hexagonal configuration in ice crystals.

So, the correct option is (B).

Q14: What is the relationship between Atomic Number and Boiling Point?

As a result, P and Q have boiling temperatures of 329 K and 332 K, respectively. The difference in this case is 3K, which is less than 25 K.

a) Its melting point and boiling point

Q2: What is the molar heat of fusion (kJ/mol) of water?

Q4: If the non-volatile impurities contaminate the liquid, its boiling point gets ____________

a) Strength of the intermolecular forces

b) Composition of the liquid compound

c) Size of the molecules 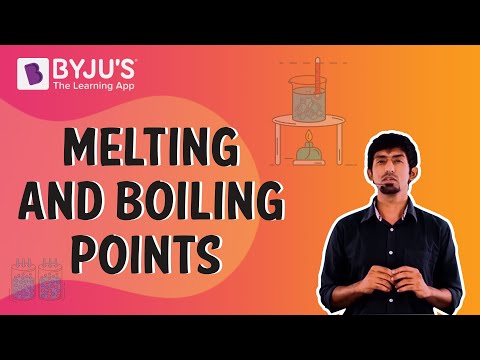 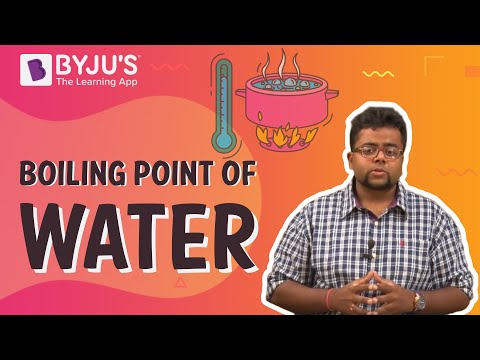