The soil is one of our essential natural resources. It is important for the growth of vegetation we feed on. It holds plants firmly and provides nutrition. It is home to many microorganisms such as earthworms, rats and several other subterranean species on earth.

In this section, we will discuss soil formation and its importance. Read more about natural resources here.

It is the uppermost layer of Earth’s crust, formed by the continuous weathering of mountains over thousands of years. It is made up of four basic constituents; minerals, organic materials, air, and water. The three main components responsible for its texture are; sand, silt, and clay. Depending upon these three constituents the mineral texture of the soil varies. Leaves and organic constituents decompose to form the upper organic layer, known as humus. The humus content in soils plays a very important role in its fertility. 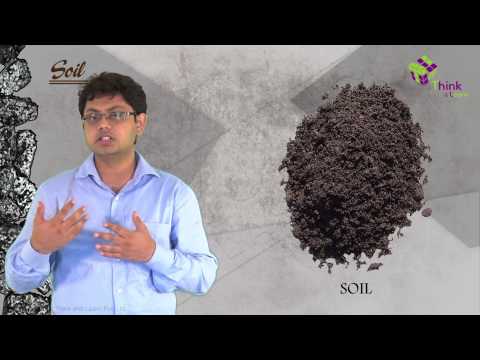 Now let us look at the process of how soil formation happens. Image of a Parent Rock

Now the actual process of formation of soil is a cumulative combination of a number of processes. Soil formation also known as Pedogenesis is first kicked off by weathering and variations come according to the weather conditions.

To know more about soil and its properties, download BYJU’S – the Learning app.

1. What are the 5 factors of soil formation?

The 5 factors that are responsible for soil formation are (a) parent material such as sand and rock, (b) weathering processes such as heating and cooling, wetting and drying, (c) time (d) organisms such as earthworms, human (e) topography.

2. What is the most important factor of soil formation?

Weather is the most important factor in soil formation. In places with extreme climatic conditions, such as the arctic circle or the arid region, the rocks are subjected to sudden expansion and contraction, which results in the loosening of their particles and an increase in the air content. Over time, the effect significantly reduces the rock to loose soil.

3. What is the composition of the soil?

The ideal pH for soil lies between 6.0 and 7.0. Most soils have pH values between 3.5 and 10. In higher rainfall areas the natural pH of soils typically ranges from 5 to 7, while in drier areas the range is 6.5 to 9

5. How does fertilizer affect the soil?

The use of mineral or organic fertilizers in agriculture increases inputs of nutrients to soils, and the form in which the nutrients are applied and their fate in the soil-plant system determine the overall effects on soil pH. Nitrogen is the main nutrient affecting soil pH, and soils can become more acidic or more alkaline depending on the type of nitrogen fertilizer used.

Take up a quiz on Soil formation
Q5