Agriculture is a long-term practice which involves certain strategies called farming practices/agriculture practices. It begins with the soil preparation and the last stage is the storage of the yield. In between these two stages, a few important events also take place. Threshing is one among them.

Threshing is the process of separation of grain from the stalk on which it develops and from the chaff or unit that covers it. In the process, the edible part of the crop is loosened but not the fibre part. It is done after harvesting and before winnowing. The technique that was used in old times was striking the harvested ears of grain with thrash and this was done manually. Alternatively, horses, donkeys or bulls trod out the grain from stalks. After this, the straw was gathered and raked away while the grains were winnowed to remove the debris. During winnowing, the air current blew away the light-weighed waste particles leaving behind the heavy grain particles. But the whole process was tedious.

Later in the seventies, Andrew Meikle contrived a threshing machine. Piles of grain were sustained into a spinning chamber furnished with wooden mixers. The machine had a saw-tooth-like drum to rake away the free straw and pushed the remaining waste and grain through a strainer into a set of rollers that further isolated the chaff from the grain before winnowing. The working principle of Meikle’s machine has been used in all threshing machines including the advanced self-moved combines. Combine harvesters do the harvesting, threshing and winnowing.

Threshing was usually carried out in an isolated plot of land called a threshing floor. Some threshing floors were flattened circular or paved surface (outdoor) but usually in a small-scale farming, the floor used to be a stone or a wooden plank. Outdoor floors were a common property used by the whole village. But unfortunately, modern machines and technologies outsourced floor.

Threshing is the most critical kernel harvester feature. Grain loss and harvest destruction contribute greatly to the philosophy and techniques of threshing. Four forms of threshing principles are available: scratching, scraping, combing, and grinding.

The name given to the method of extracting the grain from the chaff is Winnowing. This is the move after threshing (the method of loosening the chaff). Winnowing also requires ventilation – since the grain is often thicker than the chaff, a gentle wind is generally enough to blow away the chaff, whereas the grain is left in place. 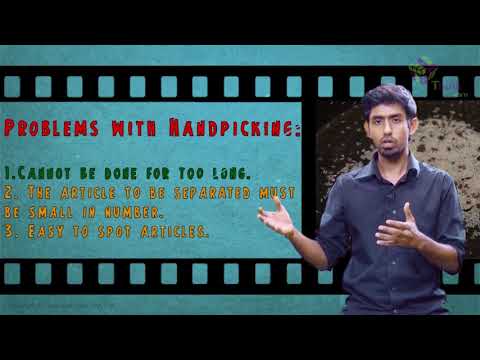 What is the difference between threshing and winnowing?

Threshing: Pounding the sheaves against the wooden bars is performed to remove the grains from the stalks.

Winnowing: This is the method of separating the unpleasant husk from food. It is achieved by pouring the grains on a windy day, from a height, when the grains fall on the ground and the chaff is swept away.

What is an example of winnowing?

Winnow involves using an air current on grain to shake off the chaff, or to pick the better ones. Blowing on rice grains to extract chaff is an example of winnowing.

What is the purpose of threshing?

Threshing is the loosening process of the edible portion of grain (or other crop) from the straw it is bound to. After reaping, it is the step in grain preparation.

What is winnowing? Explain with an example.

Winnowing is the basic process of purifying a combination of food materials. Winnowing distinguishes the grain from the husk, one component being light and the other being hard. The chaff forms a heap at some distance away from the heap of wheat. This is known as the Winnowing method. Examples include rice (paddy) and wheat.

Which principle is used in winnowing?

This technique is executed with wind or air. The light particles are swept out and thus become isolated from the heavy objects. This is the theory used in the Winnowing method.

Get to know about various separation techniques like hand-picking, winnowing, and seiving etc by subscribing BYJU’S on YouTube. Separation methods can also be classified on the state of substances to be separated. If it is in liquid state then it can be separated using methods like chromatography, decantation, filtration etc. If it is in solid state than the substances can be segregated from the mixture using the methods like winnowing, seiving etc.

Also experience a magnificent way of teaching by downloading BYJU’S – The Learning app or you can also visit us on BYJU’S.

Test Your Knowledge On Threshing!
Q5