Water management (treatment) is the process of preparing water for use or returning it to its natural state. As a result, water treatment is required both before and after use. The treatment required is determined on the application. Greywater treatment, for example, differs from black water treatment (from bath, dish, and wash water) (from flush toilets). In metropolitan areas, composting toilets are prohibited.

Water management is the practise of moving and controlling water resources to avoid damage to property and lives while simultaneously maximising their effective useful usage. The risk of flooding is reduced when water is managed well in dams and levees.

Q2: The force with which the distinct bodies held together when their surfaces are brought in contact to each other is called ____________?

Q4: Compressibility of a liquid is defined as vertical or contraction in volume with variation of pressure. Therefore water is considered as _______________?

Q5: An area is officially declared as drought affected if the mean Annual rainfall is less than of the annual Potential evaporation,______________?

Q8: A large number of fish are suddenly found floating dead on a lake. There is no evidence of toxic dumping but you find an abundance of phytoplankton. Suggest a reason for the fish kill.

The different methods of water conservation are as follows:

Q10: What is a Greywater system?

Greywater is the waste water from non-toilet plumbing systems such as showers and baths, washing machines, and hand basins. Greywater is easier to recycle and clean than black water since it contains less toxins. In a large water system, the size of the system is determined by the standard and method of treatment.

To minimise confusion with the mains drinking water, the Greywater system’s pipes and supply points must be clearly labelled.

The method can be applied to municipal, industrial, or commercial purposes. Desalination procedures separate water from dissolved salts and other minerals. Brackish, seawater, wells, surface (rivers and streams), wastewater, and industrial feed and process waters are all possible sources of feedwater.

Q13: Discuss the mechanism of treatment of industrial wastes.

The kind of the contaminant present determines how industrial waste is treated. To determine it, the pH of a medium must first be measured, and the waste must then be neutralised using appropriate acids or alkalis.

Chemical compounds dissolved in water in industrial waste products can be precipitated and removed later using appropriate chemical reactions. Photo-catalysis and ion exchangers have only lately been developed to treat industrial pollutants.

Q14: Which is the permitted safety limit of fluoride & lead concentration with respect to international standards of drinking water?

Fluoride levels in drinking water should be about 1 ppm. This concentration is within agreed safety limits & has been demonstrated to protect teeth against decay. Fluoride in excess of 10 ppm is toxic and damaging to bones and teeth.

In drinking water, the lead concentration should be around 50 ppm.

Q15: What measures should be taken to check pollution by sewage?

Q1: Those crops which increase the nitrogen content of the soil and hence the fertility also are called ___________?

Q2: The losses of irrigation water due to the seepage but That. does not join the underground reservoir is called ____________?

Q3: What are the ways of water management?

Q4: What do you mean by Biochemical Oxygen Demand (BOD)?

Q5: What is the use of water management?

Why Do We Need To Conserve Water? 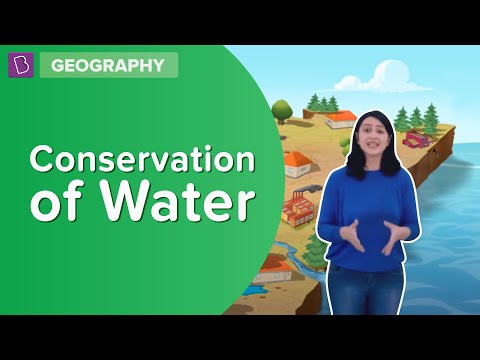