What is Zinc phosphate?

Trizinc phosphate coats better on a crystalline structure when compared to a bare metal. Therefore, a seeding agent such as sodium pyrophosphate is frequently used as a pre-treatment. 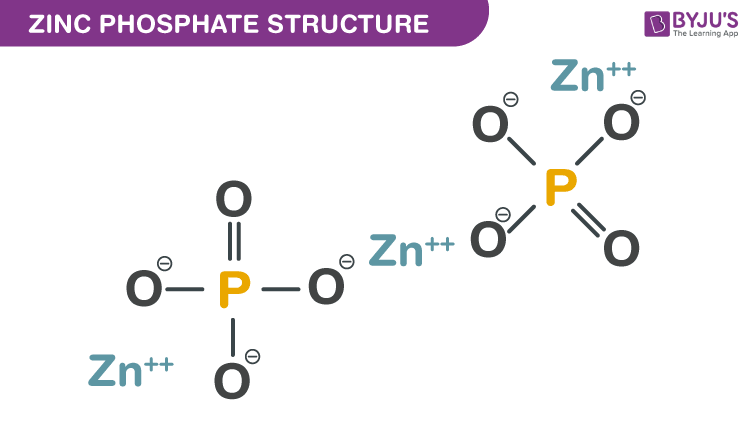 Some of the different forms of Zinc orthophosphate are minerals such as hopeite and parahopeite. One similar mineral is tarbuttite, Zn2(PO4)(OH).

It originates from zinc phosphate cement. This cement is commonly used as a base for dental restorations. It is used for cementation of crowns, inlays, bridges, as a temporary restoration, and orthodontic appliances. It is made by mixing magnesium oxide and zinc oxide powders with a liquid which consists of phosphoric acid, buffers, and water.

Learn more about the Structure, physical and chemical properties of Zn3(PO4)2 from the experts at BYJU’S.