Angular displacement is defined as “the angle in radians (degrees, revolutions) through which a point or line has been rotated in a specified sense about a specified axis”. It is the angle of the movement of a body in a circular path.

What Is Angular Displacement?

It is the angle made by a body while moving in a circular path. Before we go any further into the topic, we have to understand what is meant by rotational motion. When a rigid body is rotating about its own axis, the motion ceases to become a particle. It is so because in a circular path velocity and acceleration can change at any time. The rotation of rigid bodies or bodies which will remain constant throughout the duration of rotation, over a fixed axis is called rotational motion.

The angle made by the body from its point of rest at any point in the rotational motion is the angular displacement. 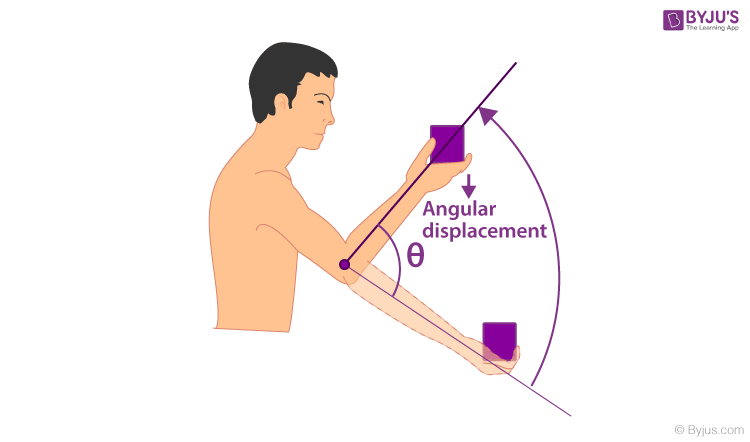 For example- If a dancer dancing around a pole does one full rotation, his or her angular rotation will be

It is a vector quantity, which means that it has both magnitude and direction.

For example, a displacement of

The unit for this is Radian or Degrees. Two pi radian equals to 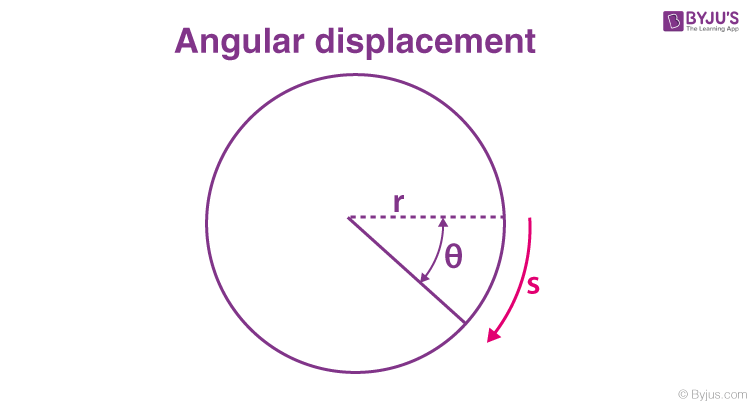 It can be measured by using a simple formula. The formula is:

s is the distance travelled by the body, and

r is the radius of the circle along which it is moving.

In simpler words, the displacement of an object is the distance travelled by it around the circumference of a circle divided by its radius.

What is angular displacement?

It is the angle in radians through which a point or line has been rotated in a specified sense about a specified axis.

What is the unit of angular displacement?

Unit of angular displacement is Radian or Degrees.

The rotation of bodies which will remain constant throughout the duration of rotation, over a fixed axis is known as rotational motion.

Is angular displacement a scalar or vector quantity?

Angular displacement is a vector quantity since it has both magnitude and direction.

State true or false: angle made by a body while moving in a circular path is known as angular displacement.