Many electronic circuits require a rectified DC power supply to power various electronic basic components from the available AC mains supply. Rectifiers are used to convert an AC power to a DC power. Among the rectifiers, the bridge rectifier is the most efficient rectifier circuit.

We can define bridge rectifiers as a type of full-wave rectifier that uses four or more diodes in a bridge circuit configuration to efficiently convert alternating (AC) current to a direct (DC) current. In the next few sections, let us learn more about its construction, working, and more.

The construction of a bridge rectifier is shown in the figure below. The bridge rectifier circuit is made of four diodes D1, D2, D3, D4, and a load resistor RL. The four diodes are connected in a closed-loop configuration to efficiently convert the alternating current (AC) into Direct Current (DC). The main advantage of this configuration is the absence of the expensive center-tapped transformer. Therefore, the size and cost are reduced. 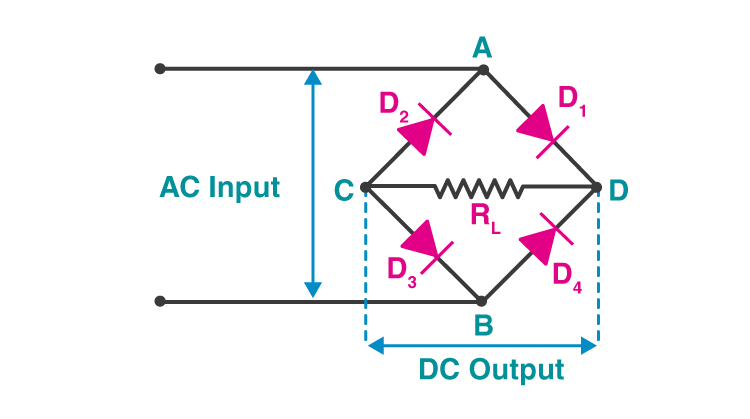 When an AC signal is applied across the bridge rectifier, during the positive half cycle, terminal A becomes positive while terminal B becomes negative. This results in diodes D1 and D3 to become forward biased while D2 and D4 become reverse biased.

The current flow during the positive half-cycle is shown in the figure below: 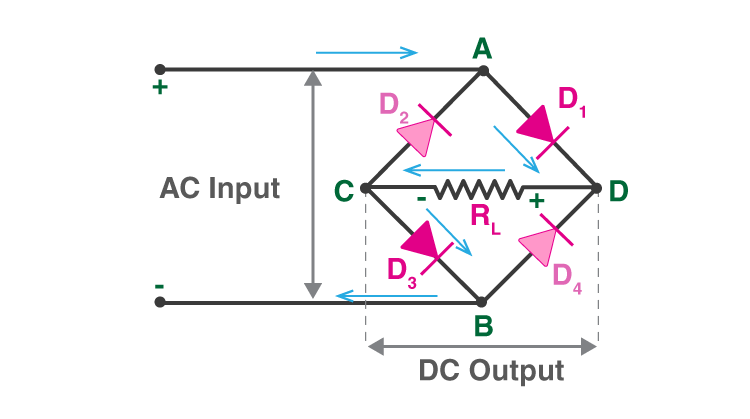 During the negative half-cycle, terminal B becomes positive while the terminal A becomes negative. This causes diodes D2 and D4 to become forward biased and diode D1 and D3 to be reverse biased.

The current flow during the negative half cycle is shown in the figure below: 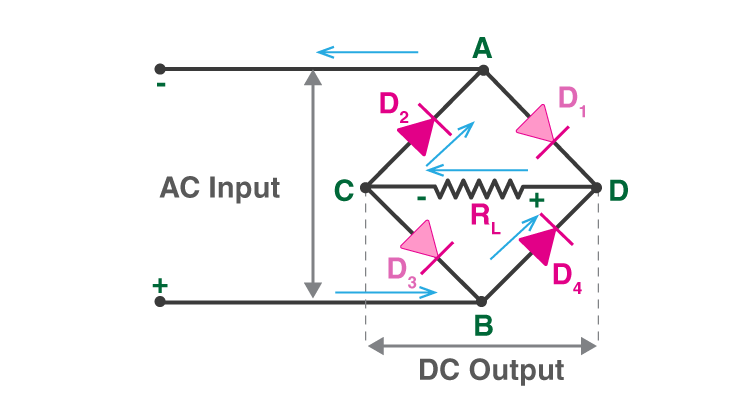 Thus, a bridge rectifier allows electric current during both positive and negative half cycles of the input AC signal.

The output waveforms of the bridge rectifier are shown in the below figure. 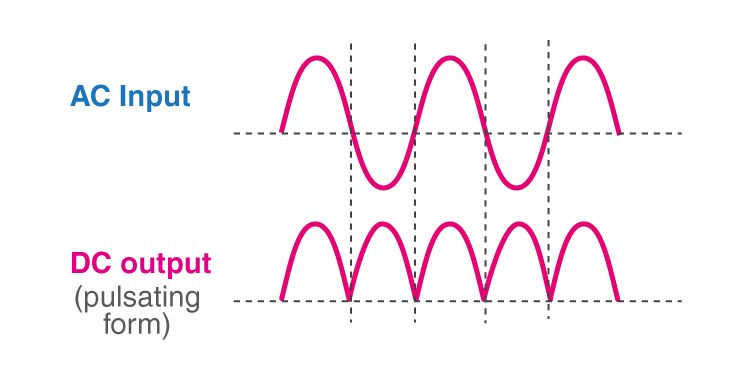 Mathematically, the ripple factor is defined as the ratio of ripple voltage to the pure DC voltage.

The ripple factor for a bridge rectifier is given by

For bridge rectifiers, the ripple factor is 0.48.

Stay Tuned to BYJU’S and FALL IN LOVE WITH LEARNING!