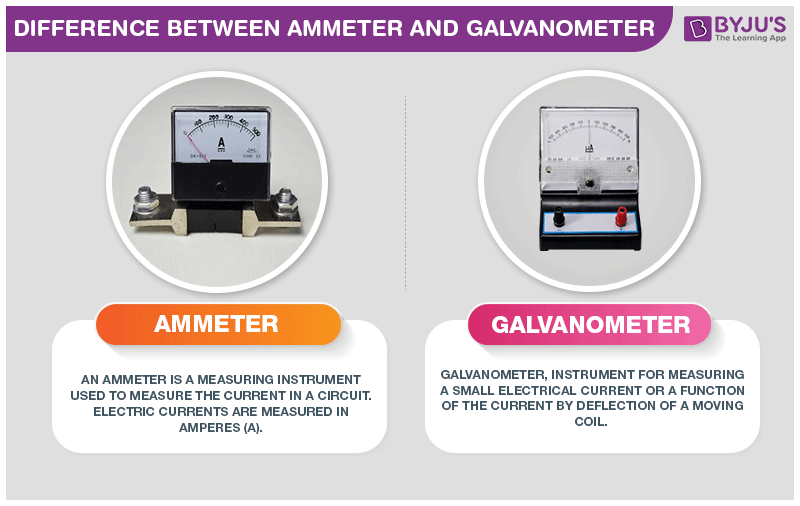 Ammeter is used to measure the magnitude of current. It is also called as ampere meter because ampere is the unit of current.

To learn about galvanometer to ammeter conversion, click on the video below. These were some difference between ammeter and galvanometer. If you wish to find out more, download BYJU’S – The Learning App.

How a galvanometer can be used as an ammeter?

What is a shunt resistance?

What is the reduction factor?

Why the resistance of an ammeter kept low?

The resistance of an ammeter is kept low because when the resistance range is kept at high values, the current passing through the circuit will decrease. Therefore, it is kept at low values.

Why is an ammeter always connected in series?

Test your knowledge on Ammeter and galvanometer difference
Q5