What is Dirac equation?

Dirac’s equation is a relativistic wave equation explaining that parity inversion (sign inversion of spatial coordinates) is symmetrical for all half-spin electrons and quarks. The equation was first explained in 1928 by P. A. M. Dirac. The equation is used to predict the existence of antiparticles. The equation also supports a solution for free moving electrons.

All these physical constants are the reflection of special relativity and quantum mechanics. The purpose of formulating this equation was to study the relative motion of the electron and to treat the atom as consistent with relativity.

Other Formulations of the Equation

What is Dirac Field?

Who suggested the concept of a matter-wave?

De Broglie suggested the concept of a matter-wave.

What is the value of spin g-factor?

The value of spin g-factor is 1.

What is the total probability of finding the particle in space?

The total probability of finding the particle in space is unity.

Group velocity is defined as the velocity of the wave through which the shape of the wave amplitudes results in modulation.

What is sound? Why can we hear sound and not see it? Is sound same for all the animals? 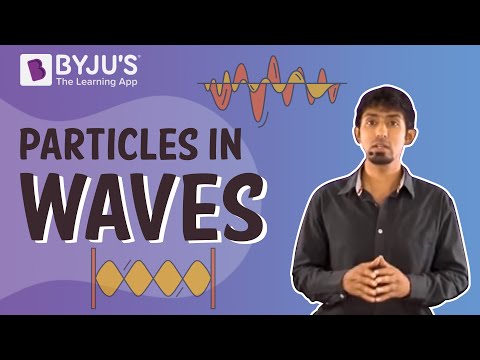