Young’s modulus, bulk modulus and Rigidity modulus of an elastic solid are together called Elastic constants. When a deforming force is acting on a solid, it results in the change in its original dimension. In such cases, we can use the relation between elastic constants to understand the magnitude of deformation.

Derivation of Relation Between Elastic Constants

We can derive the elastic constant’s relation by combining the mathematical expressions relating terms individually.

Hope you have understood the relation between Young’s modulus and bulk modulus k and modulus of rigidity.

See the video below to learn about the elastic property of matter. 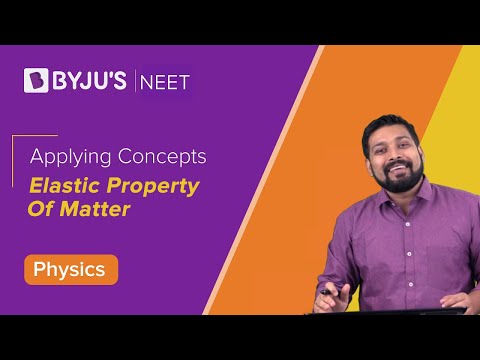 Test Your Knowledge On Relation Between Elastic Constants!
Q5