Relation Between Viscosity And Density

In general, for any fluids, when the temperature is increased, its density decreases, thus the fluid becomes less viscous.

In fluids, Kinematic viscosity is the ratio of dynamic viscosity to density. Mathematically given by-

Refer to the table given below for definition, units, and symbol for the above parameter.

Viscosity and Density of Water

The table given below gives the values of Viscosity and Density of water at 100C and 200C.

Viscosity and Density of Air

The table given below gives the values of Kinematic Viscosity and Density of air at -100C, -150C and -200C.

Hope you understood the relation between viscosity and density for a given fluid in fluid mechanics. 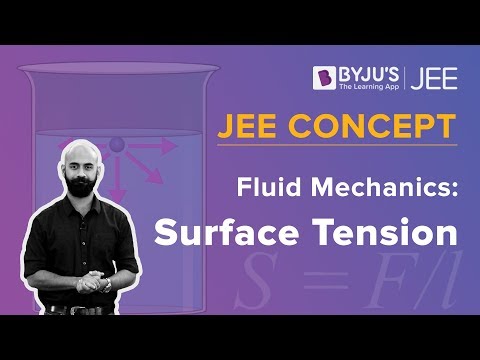 Define the density of the fluid.

Density is the measure of spaces between two particles in a given fluid.

Which parameter is used to measure the thickness of the fluid?

Viscosity is the parameter which is used to measure the thickness of the fluid.

How is kinematic viscosity represented.

The measure of internal resistance against the flow gives dynamic viscosity.

State true or false: In any fluid, when the temperature is increased, the density also increases.

False. When the temperature is increased, its density decreases and hence the fluid becomes less viscous.
Test Your Knowledge On Relation Between Viscosity And Density!
Q5