What is Wiedemann-Franz Law?

According to the Wiedemann-Franz law

The Wiedemann-Franz law is one of the fundamental laws in physics. This law was proposed in the year 1835 and is named after German physicists, Gustav Wiedemann and Rudolph Franz. Gustav Wiedemann discovered that thermal conductivity \(\left (\kappa \right )\) and the electrical conductivity \(\left (\sigma \right )\) are approximately have same value at the same temperature for different metals.

Thermal Conductivity \(\left (\kappa \right )\) is a degree of the capacity of a material to conduct heat. 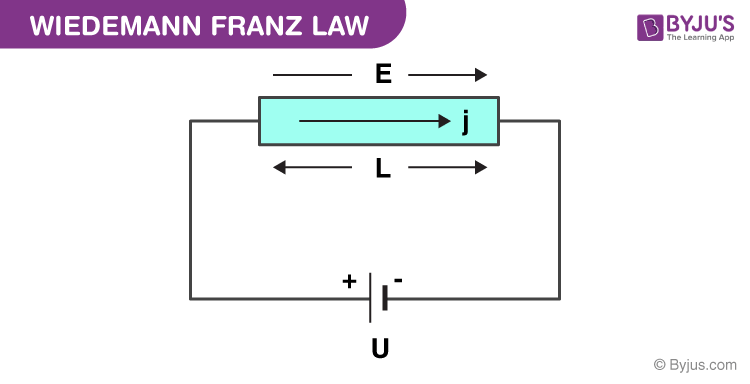 Here, the \(L\) is proportionality constant and it is called as the Lorenz number. The \(L\) is equal to:

The relationship between the thermal and electrical conductivity is based on the fact that heat and electrical movement involves freely moving electrons in the metal.

Below is a list of other Physics related laws: