What are Atomic Orbitals?

Atomic orbitals are mathematical functions that provide insight into the wave nature of electrons (or pairs of electrons) that exist around the nuclei of atoms. In the fields of quantum mechanics and atomic theory, these mathematical functions are often employed in order to determine the probability of finding an electron (belonging to an atom) in a specific region around the nucleus of the atom.

It is important to note that the term ‘atomic orbital’ can also be used to refer to the physical space or physical region around an atom’s nucleus in which the probability of a specific electron being present is maximum. The presence of an electron in such a region is predicted by the mathematical form of the atomic orbital.

It is important to note that the characteristics of each atomic orbital are dependent upon the values of the following quantum numbers: 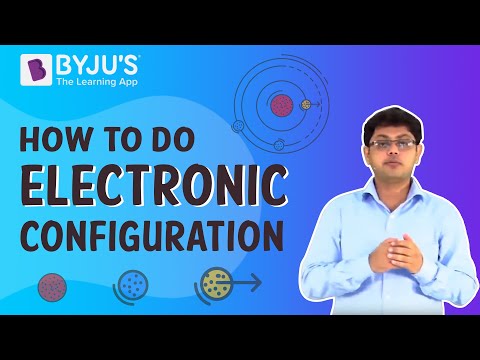 It is important to note that electrons are filled into these orbitals in compliance with several rules such as the Aufbau principle, the Pauli exclusion principle, and Hund’s rule of maximum multiplicity.

What are the 4 atomic orbitals?

There are four types of orbitals that you should know (sharp, theory, diffuse and fundamental) with s, p, d and f. Few variations of orbitals occur within each shell of an atom.

What is atomic orbital theory?

An atomic orbital is a mathematical term in atomic theory and quantum mechanics that describes the position and wavelike behaviour of an electron in an atom. A maximum of two electrons, each with its own spin quantum number s, will occupy each of those orbitals.

What is called Orbital?

Orbital, a mathematical term in chemistry and physics, called a wave function, which defines the characteristic properties of no more than two electrons, as in a particle, in the proximity of an atomic nucleus or system of nuclei.

The positions surrounding an atom’s nucleus where the electrons are most likely to be at any given moment are atomic orbitals. It is a mathematical feature that defines either one electron or a pair of electrons’ wave-like behaviour in an atom.

How do orbitals work?

Electrons occupy orbitals of low energy (closer to the nucleus) until they enter those of higher energy. If there is a choice of equal-energy orbitals, as far as possible, they fill the orbitals independently. Where appropriate, this filling of orbitals alone is known as Hund’s law.

To learn more about atomic orbitals and other important concepts related to the structure of atoms, register with BYJU’S and download the mobile application on your smartphone.
Test your knowledge on atomic orbitals!
Q5