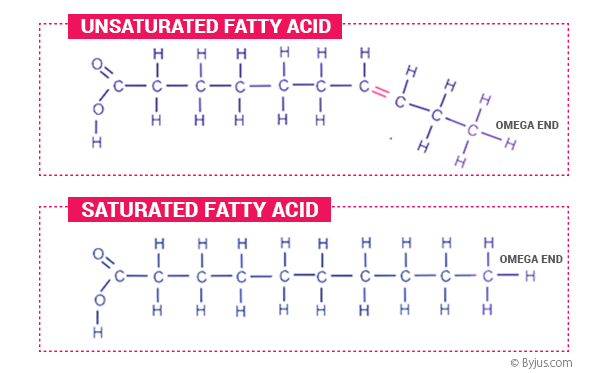 What are Omega 3 Fatty Acids?

There are three types of omega 3 fatty acids that are involved in human physiology.

Omega-3 Fatty Acids are often of marine origin. Marine algae and phytoplankton are the primary sources of omega 3 fatty acids.

Sources of plant oils that contain omega 3 ALA fatty acid are:

Sources of animal omega-3 EPA and DHA fatty acids are:

The list of different names for the most common omega-3 fatty acids found in nature is mentioned below.

Omega-3 fatty acids are very important. This acid all sorts of powerful health benefits for human body and brain. Some benefits of Omega-3 Fatty Acids are mentioned below.

To know more about the properties and benefits of fatty acids stay tuned with BYJU’S.

Take up a quiz on Omega-3 Fatty Acids
Q5