What is Barium Chloride (BaCl2)?

Barium Chloride is an inorganic salt that is made up of barium cations (Ba+) and chloride anions (Cl–).  It is also called Barium Muriate or Barium dichloride. It is a white solid which is water-soluble, hygroscopic and gives a slight yellow-green colour to a flame. The chemical formula of Barium Chloride is BaCl2.

Barium salts are extensively used in the industry. The sulfate is used in white paints, particularly for outside use. Barium chloride is poisonous in nature. 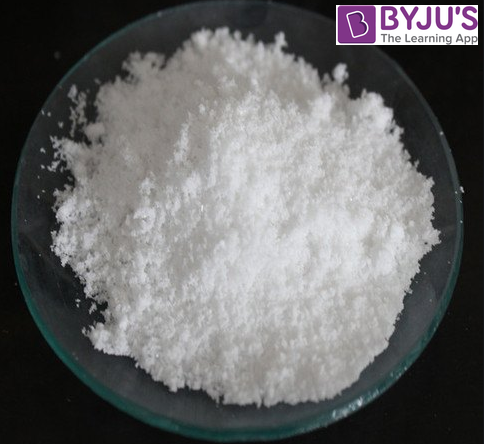 Industrially, it is obtained in two steps.

Chlorine can be used instead of hydrochloric acid.

It can also be obtained from barium carbonate or barium hydroxide.

This compound is toxic when ingested. Magnesium sulfate (MgSO4) and Sodium sulfate (Na2SO4) are probable antidotes as they form BaSO4 (barium sulfate). BaSO4 is comparatively non-toxic due to its insolubility.

Learn more about the physical and chemical properties of Barium Chloride (BaCl2) from the experts at BYJU’S.

What is barium chloride used for?

The primary industrial application of BaCl2 is in the purification of the brine solutions that are used in caustic chlorine plants. This compound is also used in the case-hardening of steel and the production of heat treatment salts. This compound has limited applications due to its high toxicity.

What is the oxidation number of barium and chlorine in BaCl2?

Yes, like most other salts of barium, BaCl2 is highly toxic to human beings. Exposure to this compound can cause irritation of the eyes, mucous membrane, and skin. Ingestion or inhalation of barium chloride can also prove fatal. Barium chloride can also negatively impact the central nervous system, the cardiovascular system, and the kidneys.

How is barium chloride produced industrially?

What are the properties of aqueous solutions of BaCl2?

Aqueous solutions of barium chloride have neutral pH values since they contain the cation of a strong base and the anion of a strong acid. When exposed to sulfates, a white precipitate of barium sulfate is obtained.