What is the Carbon Atom?

The name of Carbon comes from the Latin word carbo, which means “coal”. It is a chemical element with the symbol C and the atomic number 6. It is nonmetallic and tetravalent, which means it can form covalent chemical bonds with four electrons. It is in Periodic Group 14 of the periodic table. Carbon accounts for only about 0.025 %of the Earth’s crust. Natural isotopes include 12C and 13C, which are stable, and 14C, which is a radionuclide with a half-life of about 5,730 years. 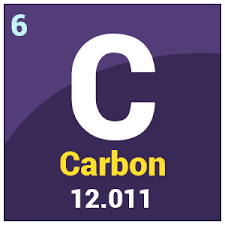 Protons are positively charged particles found in the nucleus of a hydrogen atom. A proton weighs 1.6726219 × 10-27 kilograms.

Number of Protons in the Carbon Atom

Some isotopes are stable, but others can emit or kick out subatomic particles in order to achieve a more stable, lower-energy configuration. These isotopes are referred to as radioisotopes, and the process by which they emit particles and energy is referred to as decay. When the number of protons in the nucleus changes due to radioactive decay, the identity of the atom changes. This phenomenon can be observed in the Carbon – 14 isotope.

The carbon isotope C-14 with six protons and eight neutrons in its nucleus. This results in an atomic mass of 14 amu (6 protons + 8 neutrons).

Does carbon have 4 protons?

The atomic number of carbon is 6. That means a carbon atom has six protons, six neutrons, and six electrons.

How do you find protons?

The number of protons in an atom equals the element’s atomic number.

What is the number of protons in carbon dioxide?

How many isotopes of carbon are there?

Does carbon have 12 protons?