The history of the atomic structure and quantum mechanics dates back to the times of Democritus, the man who first proposed that matter is composed of atoms. These theories could not gain much importance due to the lack of technology. The experiments conducted during the nineteenth century and early twentieth century revealed that even an atom is not the ultimate particle. The continued efforts of the scientists led to the discovery of subatomic particles like electrons, protons, and neutrons.

Charge to Mass Ratio of Electron

The charge to mass ratio of the electron is given by : 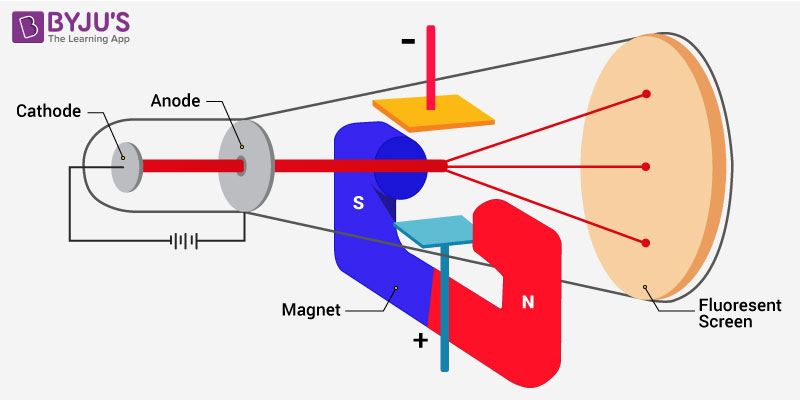 Diagramatic representation of charge to mass ratio of the electron

While carrying out the discharge tube experiment, Thomson observed that the particles of the cathode deviate from their path. He noticed the amount of deviation in the presence of an electrical or magnetic field depends on various related parameters. They are:

What is the mass of one proton?

The proton is a stable subatomic particle with a positive charge equal to that of an electron and a rest mass of 1.67262 1027 kg, or 1,836 times the mass of an electron.

Do Protons have mass?

What is an electron?

An electron is a subatomic particle with a negative charge. It can be either free (not bound to any atom) or tied to an atom’s nucleus. The energy levels of electrons in atoms are represented by spherical shells of varied radii. The unit electrical charge is defined as the charge on a single electron.

Where do protons get their mass?

These particles are made up of three quarks that are bonded together by gluons, the particles that convey the strong force, and move at dizzying speeds. The mass of protons and neutrons is determined by the energy of this interaction between quarks and gluons.

Ernest Rutherford discovered the proton in the early 1900s. During this time, his study led to the first splitting of the atom, when he found protons through a nuclear reaction. His finding was given the term “protons” from the Greek word “protos,” which means “first.”

To learn more about the charge to mass ratio of the electron, J J Thomsons Atomic Model and its limitations and more topics of chemistry, register with BYJU’S.

Test your knowledge on Charge To Mass Ratio
Q5