Chemical equations are symbolic representations of chemical reactions in which the reactants and the products are expressed in terms of their respective chemical formulae.

What is a Chemical Equation?

Chemical reactions can be represented on paper with the help of chemical equations, an example for which is represented below (for the reaction between hydrogen gas and oxygen gas to form water).

It can also be observed that there are coefficients assigned to each of the symbols of the corresponding reactants and products. These coefficients of entities in a chemical equation are the exact value of the stoichiometric number for that entity.

Representing the Direction of the Chemical Reaction

The reactants and the products (for which the chemical formulae are written in chemical equations) can be separated by one of the following four symbols.

Representing the Physical States of the Reacting Entities

Apart from the stoichiometric coefficients of the reacting and the produced entities, symbols enclosed in parentheses are also written adjacent to them in order to describe their physical states over the course of the chemical reaction. These symbols may be one of the following.

In some reactions, a reactant or a product may be in the form of a precipitate which is insoluble in the solution that the reaction is taking place in. The ‘↓’ symbol is written next to the chemical formula of these entities to describe them as precipitates.

How is the Input of Energy Represented in a Chemical Equation?

Some chemical reactions require an input of energy in order to proceed. The energy requirements of these reactions are described above the arrow symbol (forward reaction) in their corresponding chemical equations with the help of the following symbols

An example of an ionic chemical equation is provided below.

The net ionic equation for the example above can be written by removing the spectator ions and writing only the reaction between the participating ions, as shown below. 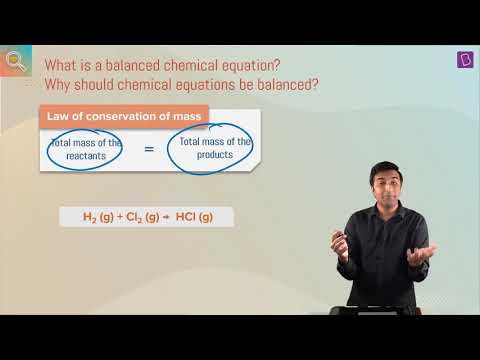 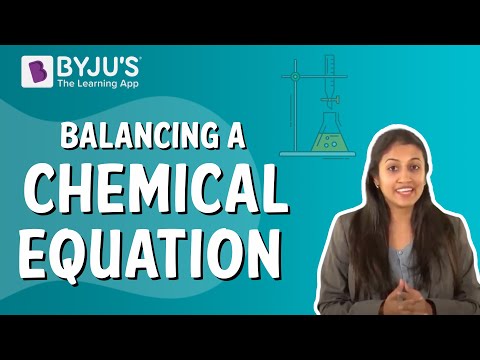 What are Chemical Equations?

They are equations that make use of chemical formulae and symbols to represent chemical reactions. The left-hand side of a chemical equation represents the reactants and the right-hand side represents the products. These entities are separated by a symbol that describes the direction of the reaction. Each reacting entity is also assigned its corresponding stoichiometric coefficient.

What are the Four Symbols used to Denote Physical States in these Equations?

The symbols used to denote the physical states of the reacting entities include:

(s) for solid.
(l) for liquid.
(g) for gas.
The aqueous solution of a chemical is often represented with the symbol (aq).

What is an Ionic Equation?

The chemical equations in which electrolytes are represented in the form of dissociated ions are commonly referred to as ionic equations. They are often used to represent the displacement reactions that take place in aqueous mediums. In these reactions, some ions participate in the reaction and some do not. The ions that do not react are called spectator ions and are usually omitted from the net ionic equation.

A few examples of chemical equations are listed in bulleted text below.

How do you write chemical formulas?

Thus, the fundamentals of writing chemical and ionic equations are discussed. To learn more about chemical equations and how to balance them with the correct stoichiometric coefficients, register with BYJU’S and download the mobile application on your smartphone.