Osmosis can be defined as the movement of water molecules from a higher water concentration area to the area of less water concentration through a semipermeable membrane. In other words, it can be defined as the diffusion of water molecules through a semipermeable membrane. It is a special case of diffusion of water (High to low). For example, water in the roots of plants is transported through osmosis.

Example: Opening a bottle of perfume in a room will result in the gradual diffusion of the perfume from the region of higher concentration (the bottle) out into the room. Diffusion will continue until the perfume has a more or less uniform concentration throughout the bottle and room.

Even though the process of diffusion and osmosis are almost similar, there are some notable differences between them. Few key differences are listed below.

Difference between diffusion and osmosis:

Importance of Diffusion and Osmosis

Diffusion is essential for many organisms as it is a feature of a number of processes which control and supply vital substances to the body in order for basic survival. A few of these are discussed below. Gas exchange is one of these processes. 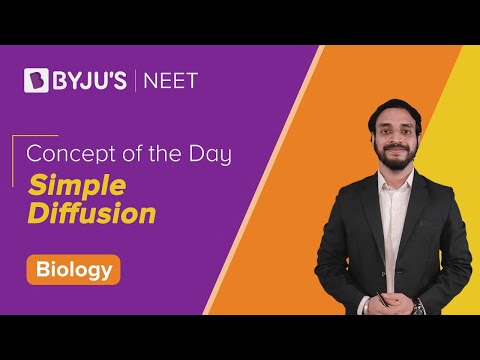 Test your Knowledge on Diffusion and osmosis!
Q5