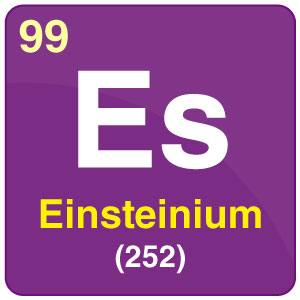 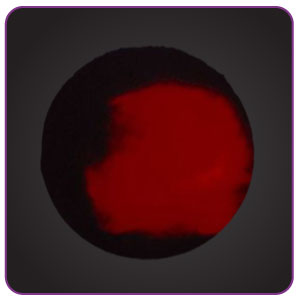 Einsteinium belongs to group 13 of heavy transuranic subseries of elements found in the actinide series. It was discovered after World war II sometime in 1952 as a trace element in the residue from the massive explosion of the hydrogen bomb on Eniwetok.

Einsteinium does not exist in nature and is not found in the Earth’s crust. It is produced in small amounts by artificial natural transmutations of other radioactive elements rather than by an additional explosion of thermonuclear weapons.

Einsteinium is a radioactive metallic element and a member of the actinide group of the periodic table. It reacts with the oxygen atom, steam, and acids but nit with alkalies. Its preferred oxidation state is +3.

There are 17 known isotopes of einsteinium with mass numbers from 241 to 257 and three known isomers. All Einsteinium is radioactive and the longest-lived isotope is einsteinium-252 with a half-life of 472 days.

The symbol originally proposed for Einsteinium was just E, but when IUPAC approved the name in 1957 they changed the symbol to Es to conform with their new rule that said all newly name elements should have symbols with two letters.

Learn more about the element in the periodic table from the expert faculties at BYJU’S.

Take up a quiz on Einsteinium
Q5