What is Electrophilic Substitution of Benzene? 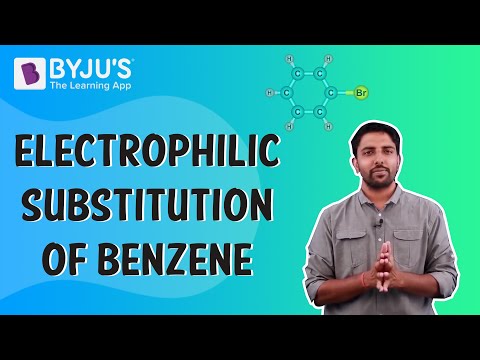 The Mechanism for Electrophilic Substitution of Benzene As the delocalization of electron stops at an sp3 hybridized carbon atom, the arenium ion is not aromatic in nature.

3. Removal of positive charge from the carbocation intermediate: The arenium ion finally loses its proton from sp3 hybridized carbon to a Lewis base restoring the aromaticity. 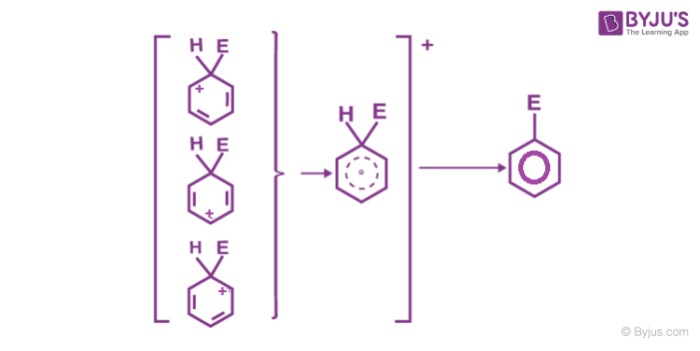 Benzene reacts with nitric acid at 323-333k in presence of sulphuric acid to form nitrobenzene. This reaction is known as nitration of Benzene.

Sulfonation of benzene is a process of heating benzene with fuming sulphuric acid (H2SO4 +SO3) to produce benzenesulfonic acid. The reaction is reversible in nature.

Benzene reacts with halogens in the presence of Lewis acid like FeCl3, FeBr3 to form aryl halides. This reaction is termed as halogenation of benzene.

Join BYJU’S to witness the most innovative ways of learning.

Test your knowledge on Electrophilic Substitution Of Benzene
Q5