What is Thermosetting Polymer?

A thermosetting polymer which is also known as a thermoset or thermosetting plastic is a polymer consisting of cross-linked structure or heavily branched molecules.

These polymers which are in the soft solid or viscous state on heating undergo extensive cross-linking in moulds and become irreversibly hard as well as insoluble products. 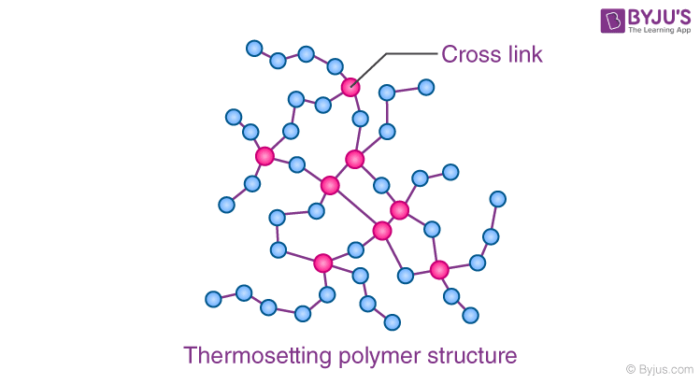 In addition, thermoset plastics can also be processed via a single-stage method called reaction injection moulding (RIM). While this process is similar to the method described above the only distinction here are that polymers are combined during the curing process to form a permanent chemical bond. The process basically uses polymerization in the mould instead of cooling to facilitate the formation of a solid polymer.

Some common methods of moulding thermosets include: