Formaldehyde formula is given here along with its structure. To recall about formaldehyde, it is also known as methanal or formalin, is an organic compound which occurs naturally. It is the simplest aldehyde and is colorless. Click on aldehydes and ketones to learn more about aldehydes, their uses, and occurrences.

Formaldehyde, being the simplest aldehyde has a very simple structure. Its molecule consists of a carbon atom from which two hydrogen atom is attached by a single bond and a oxygen atom which is bonded to the carbon atom by a double bond. The detailed chemical and structural formula for formaldehyde (methanal) are given in the following points.

Formaldehyde has a molar mass of 30.026 g/mL. The chemical formula of formaldehyde is given as-

The carbon atom in methanal has sp2 hybridization and has planar-trigonal geometry. The structural formula of formaldehyde is- 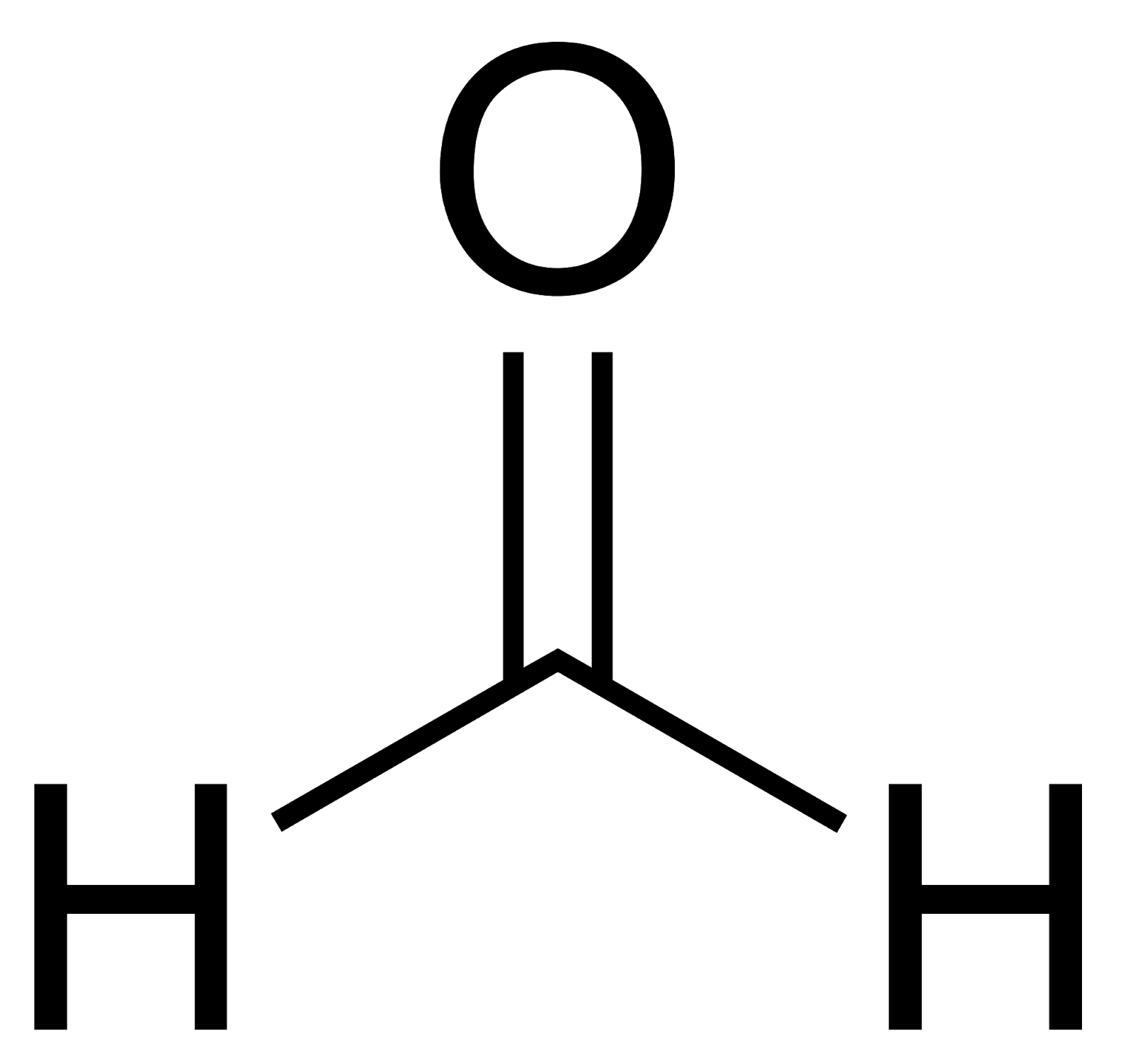 There are several uses of formaldehyde and the most notable ones are that it is used in industries, in pharmaceuticals, constructions, food industry, etc. It is mainly prepared by oxidation of methanol and is hard to find in nature as it is easily decomposed by sunlight.

To know about the chemical formulas of different other compounds, keep visiting BYJU’S.