Glycine is one of the simplest kind of amino acid occurring in nature. Amino acids are the essential components for all metabolic activities and life processes of human beings. 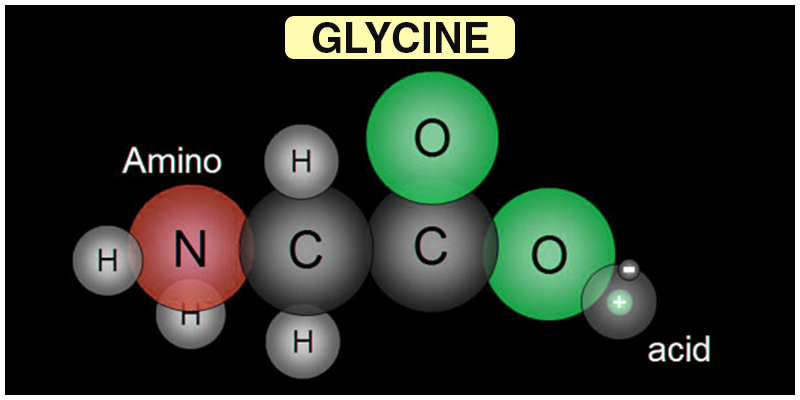 It is one among the list of 20 amino acids, which are important to human life. Glycine has a chemical formula C2H5NO2. It is the smallest of all the amino acids and consists of a side chain along with a hydrogen molecule as shown in the figure below.

Glycine was isolated in the year 1820 from a substance called as gelatin. Later it was discovered by a French chemist and pharmacist named Henri Braconnot. He obtained Glycine by boiling the gelatinous material with sulphuric acid.

Glycine exhibits various characteristic features as given below-

Glycine is one among the lists of non-essential amino acids present in mammals. They can also be synthesized from amino acids, such as threonine and serine and also from other sources. They do not require any kind of dietary sources.

Glycine is a part of daily foods, such as protein-rich foods that include fish, meat, dairy products, legumes etc. Some of its uses are-

Why is glycine so important?

The simplest of amino acids, glycine is an integral component of crucial biological molecules, a central component of many metabolic reactions, a major neurotransmitter inhibitor in the spinal cord and brain stem, and an anti-inflammatory, cytoprotective and immune modulating agent.

What is glycine made of?

What is the function of glycine?

A number of major metabolites such as glutathione, porphyrins, purines, haem, and creatine are precursors of glycine. In the central nervous system, glycine functions as a neurotransmitter and plays many roles in peripheral and nervous tissues, such as antioxidant, anti-inflammatory, cryoprotective and immunomodulatory.

Is glycine a weak acid?

Glycine’s activity is fairly representative of that of the simpler amino acids. Since glycine is neither a strong acid nor a strong base, four species in rapid equilibrium are required to produce glycine in water.

What are the hazards of sodium hydroxide?

There is a very corrosive sodium hydroxide. It may cause eye, skin, and mucous membrane irritation; an allergic reaction; eye and skin burns; and temporary hair loss. Staff can be affected due to sodium hydroxide contact. The extent of damage depends on the dosage, the duration, and the work being performed.

Continue reading about the Glycine through video lectures using BYJU’S the learning app.

Take up a quiz on Glycine
Q5