Nuclear chemistry is the study of elements’ physical and chemical properties as they are affected by changes in the structure of the atomic nucleus. It also discusses nuclear energy and its applications. It is also known as radiochemistry, and it includes the study of the formation of elements in the universe, the development of radioactive drugs for diagnostic purposes, and many other applications.

Q-1:To sterilise surgical instruments, which of the following radioisotopes is used?

Explanation: Cobalt-60 radioisotope is used to sterilise surgical instruments as well as to improve the safety and reliability of industrial fuel burners.

Q-3: The type of radiation with the greatest ability to penetrate matter is

Q-4: Which one of the following nuclides is most likely to decay by positron(𝜷+) emission is

Explanation: Those nucleus which have low value of n/p ratio undergoes positron(𝜷+) emission.

Thus, the table clearly shows that nucleus 59Cu has the lowest n/p value and will therefore emit positron(𝜷+) .

Q-5: Write a balanced equation for the reaction of N14 with 𝞪-particles. Use shorthand notation to express the reaction.

Answer: The nucleus of nitrogen atom is converted into the nucleus of oxygen atom by 𝞪-particle(42He) and proton is also produced as a by-product. The reaction is shown below:

The above reaction can be expressed by short hand notation given below, in which the projectile and the liberating particle are expressed by their symbols in small brackets in between the parent and product nucleus.

Q-7: Which of the following nuclear reactor components is used to slow down fast-moving neutrons without absorbing them?

Explanation: The functions of various parts of the nuclear reactor are:

a) Control rods: These are the rods of material which can absorb neutrons and hence control the fission reaction.

b) Coolant: These are the materials which transform the energy produced in the fission reaction into heat energy.

c) Moderator: It is used to slow down the fast moving neutrons without absorbing them.

d) Fissile materials are the nuclides which directly result in chain reaction on bombardment with slow neutrons.

Q-8: When a radioactive nucleus decays, it emits one alpha particle and two beta particles; the daughter nucleus is ________ of the parent nucleus.

Explanation: Consider the case of a radioactive nucleus that decays and emits one alpha particle and two beta particles.

We can clearly see that the parent nuclei 23892U and daughter nuclei 23492U have the same atomic number(protons), therefore they both are isotopes.

Q-9: A radioactive sample has an initial activity of 23 dis/min. After 1/2h, the activity is 11.5 dis/min. How many atoms of the radioactive nuclide were present originally?[𝝺t1/2=0.69]

Answer: We know that,

Where, Ao is the initial activity and A is the activity at time,t

Where, No is the number of atoms present initially.

Q-10: The radioactive element Ra( Z=88) emits three alpha particles in succession. Deduce in which group the resulting element will be found?

Explanation: After emitting three alpha particles (42He) in succession, the radioactive element Ra(Z=88) yields an element with the atomic number 82(Pb). Pb is a member of Periodic Table Group 14.

Q-11: A radioactive nuclide’s half life is 20 years. If a sample of this nuclide has an activity of 6400 disintegrations per minute (dis/min) today, calculate its activity (dis/min) after 100 years.

Answer: We know that,

Where A is the activity at time, t

Ao is the activity initially

𝝺 is the decay constant

Answer: Nuclei with 2,8,20,50,82 or 126 protons or neutrons are exceptionally stable and have a larger number of stable isotopes than neighbouring nuclei in the periodic table. These numbers are called magic numbers. Nuclei with a magic number of protons as well as neutrons have notably high stabilities.

Uranium-234: Used in dental fixtures like crowns and dentures to provide a natural colour and brightness

Iridium-192: Used to test the integrity of pipeline welds, boilers and aircraft parts.

Q-1: In the following equation X is

a) Write the valence shell electron configuration of Y.

b) Indicate the groups of the periodic table to which X and Y belong.

Q-4: Radioactive decay is a process of the first order. Radioactive carbon decays with a half life of 5770 years in wood samples. What is the decay rate constant (in yr-1)? What fraction would remain after 11540 years? 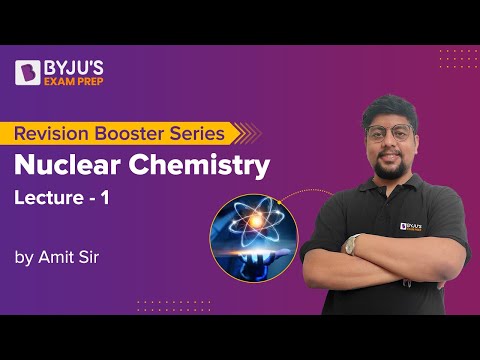 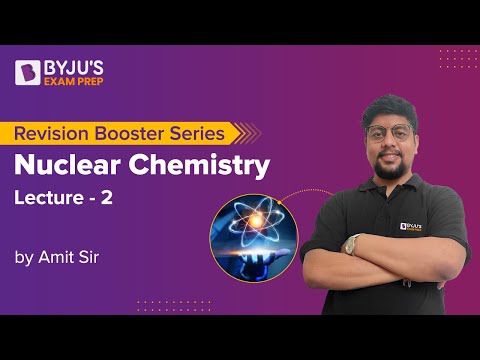