Oximes are the chemical compounds that belong to the class of imines, having the general formula of  R1R2C=N O H.

Where R1 is the organic side-chain whereas R2 is the hydrogen, which forms an aldoxime, or like another group of organic compounds such as ketoxime. The O-substituted group of oximes forms a very closely related group of compounds. 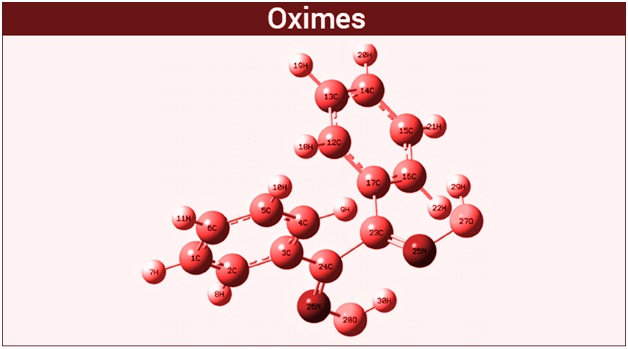 The structure of oxime is a two-sided chain with a central atom consisting of carbon. The two side chains differ entirely from each other. One of the two chains comprises a hydroxyl group.

The compound is used in the synthesis of other organic compounds such as cobalt, ketones, etc.

Take up a quiz on Oximes
Q5