Q1: What is the cause of periodicity in the properties of elements?

Q2. Elements A, B, C, D, E and F have the following electron configurations.

State the group number of each of these elements and mention which of these belong to the same group.

Q5. Which of the following properties has no unit?

Q6. Why are cations smaller and anions larger than their parent atoms?

Answer: As the cations are formed by the loss of one or more electrons, the effective nuclear charge experienced by the remaining electrons increases. Hence, the size of cations are always smaller than their parent atoms. While, the size of the anions are always larger than the parent atom as the effective nuclear charge decreases due to the gain of 1 or more electrons.

Q7. Compare the electron gain enthalpies of O, F and Cl and give reasons for your answer.

Answer: Both Oxygen and Fluorine lie in the second period. On moving from oxygen to fluorine in the period, the size decreases and the nuclear charge increases. Hence, the electron gain enthalpy (electron affinity) of Fluorine(-328 kJ mol-1) is higher than that of Oxygen(-141 kJ mol-1).

Q8. Why is the second electron gain enthalpy of Oxygen positive?

Answer: The first electron gain enthalpy of Oxygen is negative:

While adding one more electron to O–, the electrons of O– repel the incoming electron. Hence, some energy is provided to overcome these repulsions. Therefore, the second electron gain enthalpy of oxygen is positive.

Q9. Give the reason for the increasing order of reactivity in the following:

Answer: Group 1 elements with only 1 valence electron have the tendency to lose it in order to achieve the nearest noble gas configuration. The tendency to lose an electron depends on the Ionization enthalpy of the element; and the Ionization enthalpy decreases on going down the group. Hence, the reactivity of group 1 elements increases on going down in the group.

Q10. What are the general electronic configurations of s, p, d and f-block elements.

Answer: The general electronic configurations for the respective elements are given below:

Q11. Tick the correct answer for the following:

In the modern periodic table, what does a group represent?

Q12. Which of the following factors affect the size of the isoelectronic species?

Answer: (a); More the nuclear charge (force of attraction exerted by the nucleus), the more the electrons will be pulled towards the nucleus and smaller will be the size of the ion.

Q13. The correct order of metallic character is:

Answer: (d), The tendency to gain an electron increases on ascending the group 17 elements. This trend gets reversed in between chlorine and fluorine, in that, the negative electron gain enthalpy of chlorine is greater than that of fluorine.

Q15. The correct order of size is:

Answer: (c ), The size of elements increases down the group, hence, chlorine ion is the smallest. However, the size of a cation is always smaller and the size of the anion is always larger than the parent atom.

Q1. What are the isoelectronic species? Arrange the following ions in the increasing order of ionic radii.

Q2. Must the Ionization Enthalpies of two isotopes of an element be the same or different?

Q3. Which of the following elements can show a covalency of greater than 4?

Q4. Give the reason for the following: All transition elements are d-block elements; but the converse is not true. 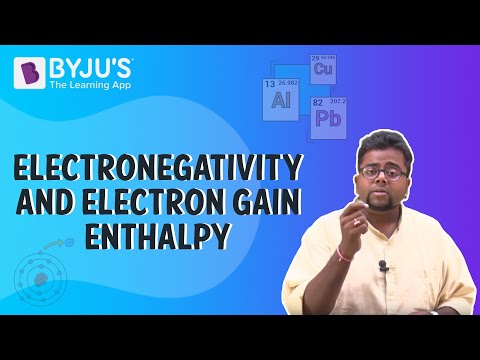 Size of an Atom or Ion 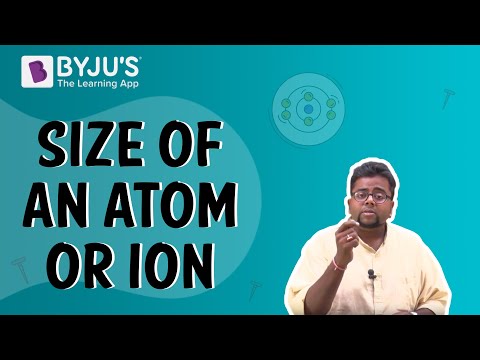