Pesticides are chemical substances that are meant to kill pests. In general, a pesticide is a chemical or a biological agent such as a virus, bacterium, antimicrobial, or disinfectant that deters, incapacitates, kills, pests.

This use of pesticides is so common that the term pesticide is often treated as synonymous with plant protection product. It is commonly used to eliminate or control a variety of agricultural pests that can damage crops and livestock and reduce farm productivity. The most commonly applied pesticides are insecticides to kill insects, herbicides to kill weeds, rodenticides to kill rodents, and fungicides to control fungi, mould, and mildew.

The Chinese used arsenic and mercury compounds to control body lice and other pests. While the Greeks and Romans used oil, ash, sulfur, and other materials to protect themselves, their livestock, and their crops from various pests.

Meanwhile, in the nineteenth century, researchers focused more on natural techniques involving compounds made with the roots of tropical vegetables and chrysanthemums. In 1939, Dichloro-Diphenyl-Trichloroethane (DDT) was discovered, which has become extremely effective and rapidly used as the insecticide in the world. However, twenty years later, due to biological effects and human safety, DDT has been banned in almost 86 countries. The Food and Agriculture Organization (FAO) has defined pesticide as:

any substance or mixture of substances intended for preventing, destroying or controlling any pest, including vectors of human or animal disease, unwanted species of plants or animals, causing harm during or otherwise interfering with the production, processing, storage, transport, or marketing of food, agricultural commodities, wood and wood products or animal feedstuffs, or substances that may be administered to animals for the control of insects, arachnids, or other pests in or on their bodies.

These are grouped according to the types of pests which they kill:

Grouped by Types of Pests They Kill

Based on how biodegradable they are:

Pesticides can also be considered as:

Another way to classify these is to consider those that are chemical forms or are derived from a common source or production method. 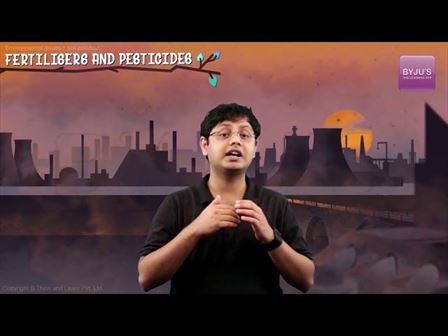 The major advantage of pesticides is that they can save farmers. By protecting crops from insects and other pests. However, below are some other primary benefits of it. What are the environmental effects of pesticides?

Pesticides have the potential to contaminate soil, water, turf, and other vegetation. Pesticides, in addition to killing insects and weeds, can be toxic to a variety of other organisms such as birds, fish, beneficial insects, and non-target plants.

What are the types of pesticides?

Insecticides, herbicides, rodenticides, and fungicides are examples of well-known pesticides.

How long do pesticides last in soil?

Persistent herbicides can last anywhere from several months to three or more years before completely decomposing into inert compounds, depending on the type of herbicide and the level of concentration in the soil.

Why do we need pesticides?

Pesticide residues in or on fruits, vegetables, grains, and other foods decrease significantly as crops are harvested, transported, exposed to light, washed, prepared, and cooked. The presence of detectable pesticide residue does not imply that the residue is dangerously high.

Test your knowledge on pesticides
Q5