What is a Positron?

Positron is a subatomic particle whose mass is the same as that of electron and numerically equal but positively charged particle.

The positron was discovered by Carl D. Anderson in the year 1932. It is represented by e+, β+. It is an antiparticle called antielectron. Its mass is the same as the mass of an electron. 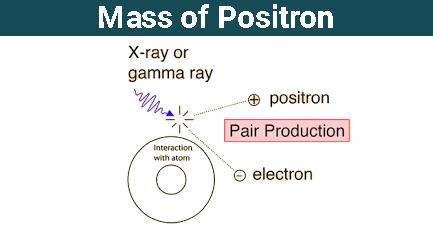 Electrons, Protons, and Neutrons are known as the fundamental particles of atoms. Electrons are placed in certain orbits surrounding the nucleus. Protons and neutrons are placed within the nucleus that lies at the centre of the atom. But, that does not mean that only these three particles are present in an atom. There is another particle which is involved in the transition of one particle to another with some charge.

What is Mass of Electron? 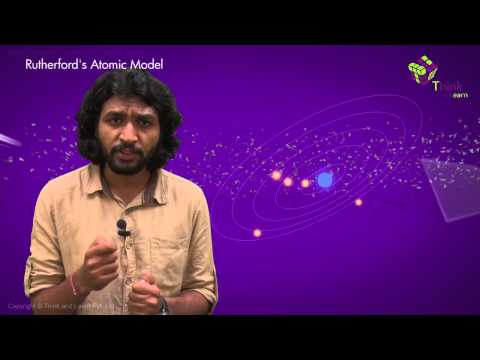 Mass of Positron in Amu

Since positron is produced in radioactive decay by departing neutron, their kinetic energy is supported by their motion. According to the concept of conservation of energy and momentum, the positron loses some of its kinetic energy when it collides with the other particles.  They come to rest position as a result of energy loss. The positron particles are ready to participate in an annihilation reaction after losing kinetic energy.

The encounter of a positron with an electron obeys the momentum or laws of energy conservation. These two particles together annihilate each other and transform all their mass to energy to form two photons.

The momentum of the system is zero because the positron and electron are almost at rest before annihilation and remain same after annihilation. Therefore, two photons travel in opposite directions and the net momentum is zero. The rest mass of the electron and positron are same that is 511 keV, therefore each photon has 511 keV of energy.

3. Give one application of positrons.
Ans: Positrons combined with antiprotons are used to study the properties of antihydrogen.

5. Who discovered the mass of electron?
Ans: The experiment by Thomson and the electron’s charge-to-mass ratio. The first is Joseph John Thomson’s experiment, which first showed that atoms are actually made up of charged particle aggregates.

6. Why do electrons have mass?
Ans: Electrons have mass because they interact with the field of Higgs. If it were massless, the messenger particles or force carriers would be called as a photon or gluon.

8. Are electrons larger than protons?
Ans: It relies on the greater meaning of what you mean. A proton is more massive than an electron about 1835 times.

To know more about the positron and any other Chemistry related topic, visit BYJU’S.