All soils include substances that are dangerous or toxic to humans and other living things. However, the concentrations of such compounds in unpolluted soil are so low that they pose no damage to the environment. The soil is said to be polluted when the concentration of one or more harmful compounds is high enough to harm living creatures.

Q-1: Which of the following is not a significant contaminant that pollutes soil?

Q-2: What is the connection between PAHs and soil pollution?

PAHs (polycyclic aromatic hydrocarbons) are organic molecules that include: Naphthalene, anthracene, and phenalene are all examples of PAHs. Polycyclic aromatic hydrocarbon exposure has been associated with a variety of cancers. In humans, these chemical substances can induce cardiovascular disorders.Coke (coal) processing, automobile emissions, cigarette smoke, and shale oil extraction are all sources of PAHs in the soil.

Q-3: Which of these pollutants is an insecticide?

Q-4: What role does green chemistry play in reducing pollution?

In a word, green chemistry is a cost-effective technique that entails lowering material, energy, and waste creation.

For example: Dry cleaning solvent tetrachloroethylene was previously utilised. The chemical is a potential carcinogen that contaminates groundwater. The technique that employed this substance has now been superseded by one that uses liquid carbon dioxide and a suitable detergent.

Q-5: What is the definition of negative soil pollution?

Answer: Negative soil contamination occurs when soil productivity is reduced as a result of erosion and misuse.

Answer: Mercury poisoning is a toxicity caused by mercury ingestion. Mercury is a hazardous metal that can be found in various forms in the environment.Mercury is a naturally occurring element, although its levels in the environment have increased as a result of industrialization. The metal can contaminate soil and water, eventually affecting creatures such as fish, human beings.

Human beings are affected in the following ways:

Q-7: What measures can be taken to prevent soil pollution?

Answer: The following measures can be used to reduce soil pollution:

1. We can prevent soil pollution by lowering our use of plastics.

2. We can reduce soil pollution by limiting the use of chemical fertilisers and pesticides.

3. Before being disposed of, industrial toxic waste should be treated to lessen its toxicity.

Q-10: How is soil characterised according to particle size proportions?

Q-12: Why is it a cause for concern when there are pieces of plastic products and polythene bags in the soil?

Answer: Plastics and polythene bags contaminate the earth. They also eliminate soil-dwelling creatures. As a result, there is a push to ban polythene bags and plastics. Waste materials, chemicals, and pesticides are among the other pollutants that damage the soil.

Before being released into the soil, waste products and chemicals should be handled. Pesticides should be used sparingly.

Q-13: Which of the following is the correct characteristic of organic toxins?

Answer: c) Both of the above

Explanation: Toxic compounds generated from living creatures are known as organic toxins. In most cases, they are insoluble and non-biodegradable. They are just as dangerous to humans as manufactured chemicals.

Q-14: The soil pollutant methylbenzene is

Q-15: Why are epiphytic lichens used as a pollution indicator?

Lichens are the result of a symbiotic relationship between fungi and algae. Epiphytic lichens get practically all of their nutrients from the atmosphere through uptake across their whole surface. Lichens are therefore highly susceptible to changes in atmospheric composition. Sulphur, nitrogen, acidity, halogens (e.g., fluoride), heavy metals, and ozone are all toxic to lichens.As a result, they will not grow in contaminated places and will only thrive in non-polluted locations. Hence,lichens are pollutants or pollution indicators.

Q-1: Which type of soil would be the best for growing plants?

Q-2: What is soil erosion? Make recommendations for how to avoid it.

Q-3: High concentration of benzene in the soil causes

Q-4: What is anthropogenic soil pollution?

Q-5: Which of the following is not correct about clayey soil? 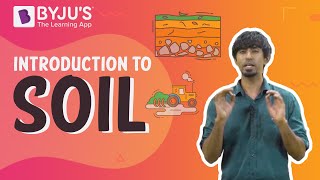 How Is Soil Formed? 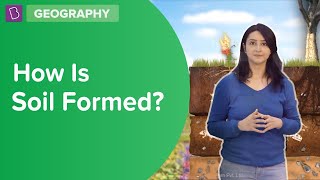