What is Chemical Formula?

A chemical formula shows the elements that make up the compound and the numbers of atoms of each element in the smallest unit of that compound, be it a molecule or a formula unit. 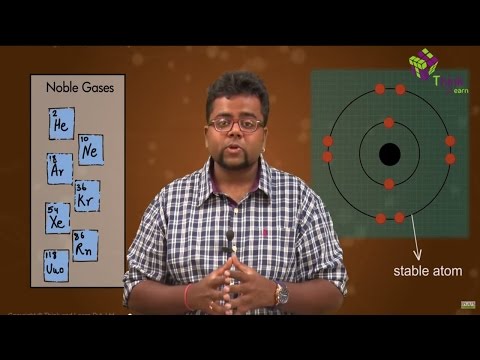 Atoms group together to make the objects and other materials around us. Matter that contains just one type of atom is called an element. Atoms can also form molecules that have complex shapes. Carbon atoms can join to make spherical molecules of connected hexagons and pentagons.

A chemical equation is a written statement that uses chemical symbols and chemical formulas instead of words to describe the changes that occur in chemical reactions.

The following example, shows the contrast between a word description of a chemical reaction and a chemical equation for the same reaction.

1. The correct formulas of the reactants are always written on the left side of the equation.

The correct formulas of the products are always written on the right side of the equation.

The reactants and products are separated by an arrow pointing toward the products.

This arrow means “to produce“.

Plus signs are used to separate different reactants or different products.

A Chemical formula represents the proportions, by mass of the different elements in a compound.

A binary compound is composed of two different elements only. Formulae of binary compounds can be written using valencies since both types of atom forming the compound must lose, gain or share the same number of electrons.

How do you name a formula?

The first component in the formula is simply identified with the element name. The second component is named by taking the name of the element stem and adding the -ide suffix. The number of atoms in a molecule is determined using a scheme of numerical prefixes.

Is hydrogen a compound?

How many elements are there?

Currently the periodic table includes 118 elements. Some elements were present only in laboratories and in nuclear accelerators. So, you may wonder how many elements of course can be found. The usual response given in the textbook is 91.

Is the chemical formula and molecular formula the same?

What is the formula of substance?

The formula of a substance, in terms of its atoms and molecules, denotes its composition. For example, ethane has 2 atoms of carbon and 6 atoms of hydrogen. It can also infer the bonding structure of one molecule in certain instances.