Drift velocity is defined as the average velocity attained by the particles (electrons) of a given material due to an electric field that is proportional to current. Ohm’s law can be expressed in terms of drift velocity as follows:

Following is the derivation of drift velocity:

This is the final equation explaining drift velocity.

But as the temperature increases, the drift velocity of electrons increases in a metallic conductor.

See the video below to learn about the current electricity, drift velocity, and mobility. 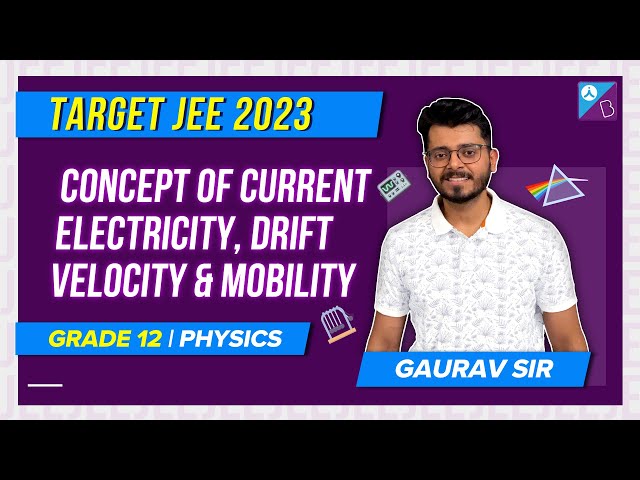 This was the derivation of drift velocity. Stay tuned with BYJU’S and learn various other Physics topics.

Ohm’s law states that the voltage across a conductor is directly proportional to the current flowing through it, provided all physical conditions and temperatures remain constant.

What are the applications of Ohm’s law?

What are the advantages of AC over DC?

Following are the advantages of alternating current over direct current:

What is watt less current?

Watt less current is defined as the current in an AC circuit when the average power consumption is zero.
Test your knowledge on Drift velocity derivation
Q5