Let the mass of the particle be m. From the second law of Newton, we can say that

When a vehicle turns on roads, they travel along a circular arc. The only forces acting on the vehicle are:

If the road is horizontal, the first two forces must be in a vertical direction. Therefore, the only force that can provide the radial acceleration for turning is friction. In this case, the force of friction acts as the centripetal force.

Since there is a limit to the maximum value of friction, for a safe turn, 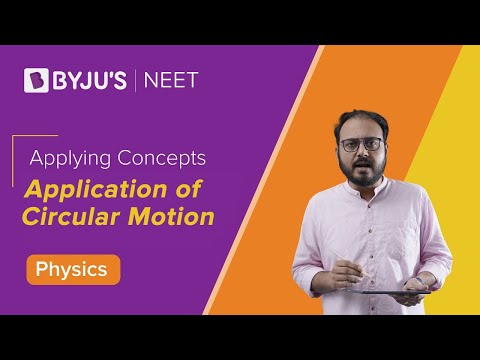 To learn more about the dynamics of circular motion, get connected to BYJU’S Classes.