Electrostatic Properties of a Conductor

Some of the important points to be noted about the electrostatic properties of a conductor are as follows:

Electrostatic field is zero inside a conductor:

Electrostatic field lines are normal to the surface at every point in a charged conductor:

In static condition, interior of the conductor contains no excess charge:

We know that any neutral conductor contains an equal amount of positive and negative charges, at every point, even in an infinitesimally small element of volume or surface area. From Gauss’s law we can say that in case of a charged conductor, the excess charges are present only on the surface. Let us consider an arbitrary volume element of the conductor, which we denote as ‘v’, and for the closed surface bounding the volume element, the electrostatic field is zero. Thus, the total electric flux through the surface is zero. So, from the Gauss law, it follows that the net charge enclosed by the surface element is zero. As we go on decreasing the size of the volume and the surface element, at a point we can say that when the element is vanishingly small, it denotes any point in the conductor. So the net charge at any point inside the conductor is always zero and the excess charges reside at the surface.

Constant electrostatic potential throughout the volume of the conductor:

Visit BYJU’S for the latest CBSE updates and notifications. We also provide free study notes and interactive videos for a better understanding of the topics. 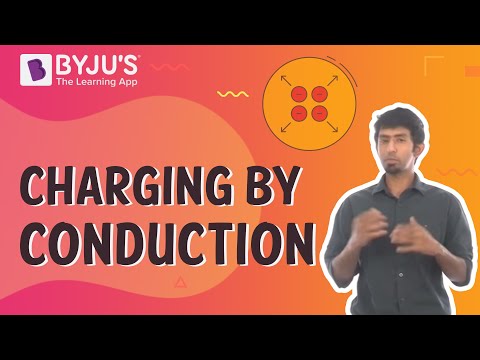